Home > Features > Can a scientist believe in miracles? 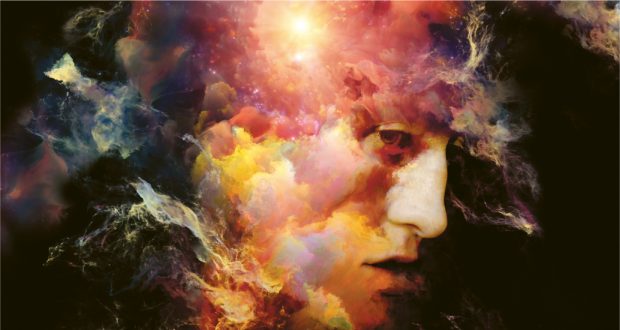 Can a scientist believe in miracles?

“The 19th century is the last time when it was possible for an educated person to admit to believing in miracles like the virgin birth without embarrassment.” While the dismissiveness of Richard Dawkins’ remark in his well-known work The God Delusion is characteristic of New Atheist thought specifically, it reveals a more widespread view that a belief in miracles is incompatible with contemporary scientific knowledge. Dr Victoria Lorrimar explores the possibility of miracles in the context of science.

Can a scientist believe in miracles without compromising their intellect? Though the more general question of how God works or intervenes in the world has long been subject to theological enquiry, the implications of scientific insights for the traditional doctrine have brought it into the spotlight of contemporary science and religion studies.

Two different positions on miracles that seek scientific compatibility will be contrasted below.

In many ways, the attitude to miracles serves as a litmus test for an understanding of how God operates in the world more generally. Traditional doctrines of creation and providence hold that God continually sustains the creation, and that this is necessary to its existence. But how does this occur? If God acts on the world from the outside, then this is perceived as undermining the integrity and sufficiency of “natural laws” for the operation of the natural world. Many see these natural laws as providing ample explanation for the existence of the world and its workings, with no need to invoke a divine cause, and miracles are rejected as a part of the package.

Given that a lot of the things we observe in the world seem to have perfectly adequate scientific explanations, one response has been to seek the direct point of contact between God’s action and the physical world elsewhere. Are there still natural phenomena that we can’t explain scientifically? The answer is usually “quantum physics” (because who can really understand that?). Experts in the field acknowledge that many quantum processes, when we zoom in on them, appear to be unpredictable and random (think “chaos theory”). As these processes at the most fundamental level of existence we know of do not seem to be governed by any natural laws that we can identify, this means that God is able to act at this level without violating natural laws. Therefore, an understanding of miracles as “interventions” into the natural order of things, according to physicist and theologian Robert Russell, is based on outdated science.

The earlier picture of the world as perfectly regulated and explained by natural laws has since been called into question. It is no longer necessary to insist that God must violate or suspend natural laws to act in the world—the unpredictability of quantum processes offers sufficient explanation.

In articulating a scientifically coherent account of miracles, we must take care not to fall back on a “god of the gaps” theology i.e. a theology that identifies God at work in the gaps of existing knowledge. Certain accounts of divine action are vulnerable to this charge, for example, by describing divine action as a phenomenon that takes place at the quantum level, there is the risk that as our knowledge of quantum mechanics develops, God will be squeezed out as explanatorily redundant. Russell is awake to this concern and cautions against staking “our theological ground on transitory scientific puzzles” (Cosmology: From Alpha to Omega). For this reason, his approach remains a theological explanation of divine action, not a scientific one.

An alternative account of divine action is offered by theologian Denis Edwards. Taking the resurrection as his starting point (as our chief insight into the nature of God), Edwards suggests that God’s action in the world is revealed as a loving self-bestowal.

By allowing events to unfold without intervening at the cross, God actively waits upon creaturely response and refuses to coerce human freedom. He contends, however, that the natural sciences provides us with key information about the universe—it possesses its own integrity, it is evolving with purpose—and these characteristics must be respected in theories of divine action. God chooses to act through the laws and contingencies of the natural world. Edwards therefore rejects attempts to identify a direct point of contact between God and the world as they undermine the integrity of the natural processes governing the created world. At the same time he affirms God’s immanence in continuing creation; God acts through these natural processes as they unfold.

The belief that God generally chooses to work through natural causes does not diminish the power of God, nor should it be viewed as a threat to Christian faith. In fact, advocates of this position argue that it defends the sovereignty of God and stems from a wish to preserve the integrity of the natural order as created by God, as well as the agency of creatures.

However, people who argue this view must take care not to universalise this understanding of divine action. The scandal of the incarnation is precisely that God does enter the world and act in a way that contravenes our understanding of various natural laws (for example, the irreversibility of death). We must not make God out to be further removed from the world than scripture attests—and really, what could be less removed than God assuming the nature of a servant, or submitting to the horror of crucifixion?

While only two positions with respect to miracles have been examined here, there are many more responses. Interestingly, the two science and religion scholars discussed above interpret presently conceived unpredictability in the natural world in opposite ways—Russell understands it to be an essential characteristic of the universe as it is created, and the channel through which God acts directly upon nature, while Edwards sees a temporary gap in understanding that will be filled in with future scientific insights. The relative strengths and weaknesses of arguments that seek to understand miracles in a scientifically informed way suggest not only that a scientist can reasonably believe in miracles, but also that they can remain a faithful Christian while seeking and anticipating natural explanations for miraculous events, and affirming that God is ever present in the processes of nature.

Dr Victoria Lorrimar lectures in systematic theology and ethics at Trinity College Queensland and her research interests include the interaction of theology and science.