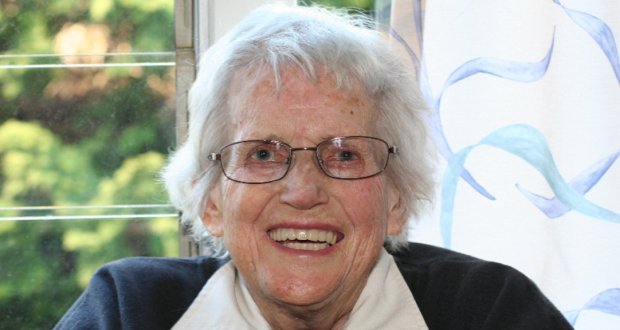 We interviewed Betty about her life and faith on Friday 27 June and sadly advise that since this article was written and went to print Betty has passed away. We have been informed that Betty did have the opportunity to read the article before her passing. She died on Wednesday 6 August 2014 after a short illness.

How does a self-described shy and nervous girl from the bush become a pioneer for Pacific mission? Ashley Thompson reflects on the life of 92-year-old Uniting Church missionary Betty Willis.

From country Queensland to the Pacific islands of Vanuatu, Papua New Guinea and the Solomon Islands, Betty’s faith journey as a woman in mission spans across war, seas and generations of change.

Reliable, steady and committed are the characteristics that describe Betty’s generation.

Thoughts of self-interest and the luxury of choice are foreign concepts to her. When asked, “Looking back over your life, what would you do differently?” Betty is silent.

“Nothing,” she finally replies, “Everything fits in.

“I was never uncertain of God.”

The stoicism and resolve of her generation underpins the philosophy of a woman content and adjusted to the turns in her faith journey.

Born on 28 July, 1922 Betty Willis grew up outside the small rural town of Dalveen, Queensland to the tales and sayings of the First World War.

Third eldest of four children and only girl in the family, Betty spent the first half of her life in various administration roles, including a secretarial role at St Stephen’s Presbyterian Church (now Uniting) and as general secretary for the Young Women’s Christian Association in Toowoomba, before pursuing overseas mission.

Betty grew up during the Great Depression, part of the generation which also fought in the Second World War. It is a generation familiar with struggle and which selflessly serves others, not for recognition, but because it is the right thing to do.

Therefore placing the needs of others above her own is not something this Toowoomba Blue Care resident and Middle Ridge Uniting Church member considers special. Yet her work in championing the role of women in the Pacific Islands is highly regarded across the Uniting Church and has even helped earn her an Order of Australia (OAM).

“She was never one to blow her own trumpet. She would get in, she would do the job and if she couldn’t do the job she would try to find someone who could,” says Sandra.

“When I was helping clean up, her Order of Australia was just in amongst other papers. It wasn’t on the wall or anything like that.”

Betty lives a life of courageous faith as documented in her memoirs Another turn in the road.

Seventeen at the outbreak of the Second World War, fate conspired to send Betty in a completely different direction to what society intended. As a single woman in post-war society, Betty found she was free to take up opportunities of work, mission and travel, embracing God’s given direction with open arms.

“As young people in our youth group at church we supported overseas missions (Vanuatu and the Solomon Islands) and I’d been asked to go a couple of times in different capacities but it just hadn’t worked out,” explains Betty.

“So after my father died I was free and waited to see what would happen … then suddenly one day I got a letter saying ‘Request Miss Willis for Rarongo, Papua New Guinea.’ It was almost as though it was something I was supposed to do.”

In the years that followed, Betty developed women’s programs for Rarongo Theological College of the United Church of Papua New Guinea and the Solomon Islands. She became fluent in Pidgin English and has advocated for the advancement of Pacific women ever since.

“I was expected to help the women with basic home care and crafts and encourage them to share weaving patterns,” Betty writes in her memoirs.

“Fortunately I knew enough about the situation in Papua New Guinea to understand that women would need many more opportunities for development than that.”

Best known for her commitment to her Pacific friends, it is surprising to learn her journey in overseas mission only began in 1972 when she was 50 years of age. That act of faith going to Papua New Guinea has led Betty into a position of admiration and respect across the church.

Since retiring from travel in 2003, Betty has remained an active member of the Middle Ridge Uniting Church in Toowoomba. While Parkinson’s disease has caused her to reconcile herself to a “road with fewer turns,” her continued involvement in the combined mission committee of Middle Ridge and St Stephen’s Uniting Church has never wavered.

Bruce Mullan, former UnitingWorld associate director of church solidarity in the Pacific, has witnessed Betty’s inspiring commitment to the people of the Pacific both overseas and at home.

“For Betty mission has been about people and about relationship. She has mentored and supported so many Pacific people, welcoming them to her church community, providing for their training and development and facilitating their growth as leaders,” says Bruce.

“Whether it’s providing books for the theological college library at Seghe or bringing Solomon Island teenagers to Queensland to participate in youth camps, Betty is always looking for the next opportunity to make something happen for her Pacific friends.”

For as long as he’s been connected to the Uniting Church’s Pacific church partners, Bruce remembers having Betty there: prodding and poking, stirring him to do more.

“The most amazing thing is that Betty has continued to do all this into her 90s,” says Bruce. “In the years when most people are retired and taking a rest Betty has been tireless in her continual search for ways of supporting the church partners.”

“The government has given Betty an Order of Australia medal; I think God will give Betty a very special place in his eternal scheme.”

This stoic Uniting Church woman has refused to let age or illness deter her from mission and while her story still has a few more chapters left, the final reflections of her memoirs show her story has already begun to leave an impact.

“As different friends have heard portions of my story, they have commented mainly on two things,” she says. “Firstly, how a small contribution can make a big difference in a life or situation, and secondly, that no matter at what age, there are still contributions we can all make.”

Read more about Betty Willis in her books Another turn in the road (available at Trinity Theological Library) and Poems and stori-yarns. 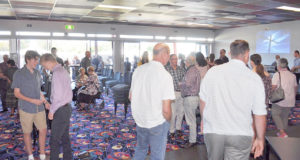