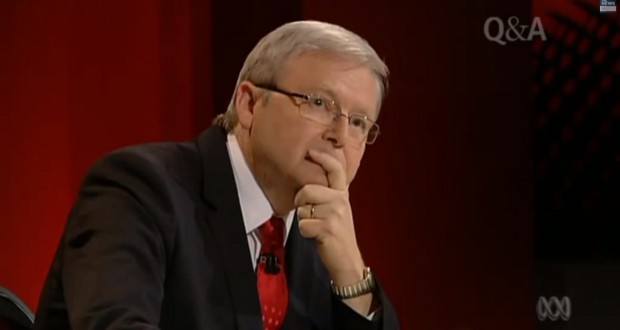 Rohan Salmond explores different interpretations of the Bible and how they enhance both personal and communal faith.

The Bible is a book with a unique place in human history. It consistently tops “greatest” and “most influential” book lists, and across all its versions and translations it would easily rank among the world’s best-selling titles. It is also, anecdotally, the world’s most frequently stolen book as well.

Recently there has been renewed interest in the Bible in public discourse, partially due to comments made by the now former prime minister Kevin Rudd on ABC’s Q&A prior to the 2013 federal election. The resulting discussion has highlighted the different ways the Bible is understood and applied, not only outside the Church, but also within.

One thing that is not in dispute is the foundational role the Bible plays in Christian theology. “The Bible’s important because it’s how we know about God,” says Dr Jason LeCureux, Director of Studies of the Old Testament at Trinity Theological College, Brisbane. “It helps us to understand who God is and what he’s done, where we’ve been and where we are going.”

Rev Michelle Cook, a deacon at Mapoon Uniting Church, Cape York, says the Uniting Church’s foundational document, the Basis of Union, is very clear about the place of the Bible. “I’m a good Uniting Church girl, so I’ve read the Basis of Union 20 000 times,” she laughs, “so for me the Bible is a unique and apostolic testimony through which we hear the word of God. It’s one of a kind; there are no other books like that.”

Part of the Bible’s importance is that it links contemporary Christians of all kinds back to the early church. Rev Lu Senituli, Bayside Uniting Church minister, finds this aspect of the biblical witness is extremely important.

“First I think we need to establish that in the Christian faith, the apostolic witness of the Bible is one of the fundamental moorings that articulate the absolute truth claims of the faith,” he says.

“It’s the ‘handing on’ of the apostles’ teachings. It’s the ‘traditioning’—the handing on of the apostolic witness. So as contemporary Christians, we read the Bible stories and the witness of the apostles and hand on those sacred stories which in their own ways point to its fulfilment in Jesus of Nazareth.

“These sacred stories are about divine revelation and it interprets itself from within and not according to some external authority or human experience. Jesus bears witness to himself,” he says.

A matter of interpretation

The language used by Christians of all kinds to describe the Bible is strikingly similar. The phrases “apostolic witness”, “God’s word” and the idea that it is a common reference point come up again and again, but differences in approach quickly emerge when relating highly-charged contemporary issues to the biblical text.

These differences were thrown into stark contrast when former prime minister Kevin Rudd addressed the issue of same-sex marriage on ABC’s Q&A. Although a practising Christian, Mr Rudd’s biblical analysis caused an outcry among some church groups the next day.

Dr Edgar Conrad, associate professor in the School of History, Philosophy, Religion and Classics at the University of Queensland, is writing a book about the Bible in the news.

“I think Rudd mentioned that the Bible supports slavery,” he chuckles. “If one looks at the biblical text it’s interesting that clearly slavery was practised in ancient Israel and that even the Ten Commandments refer to slaves as property owned by the Israelites.

“But there are other parts of the biblical text that suggest that to take a position on slavery is problematic. You get texts in the creation story that talk about how God created all men and women in a kind of an equal status. This debate came up in the United States during the Civil War, when both abolitionists and slave-owners in the south quoted the biblical text to support their point of view.

“Some people have basically looked at the Bible to give them information about what is proper—what are proper decisions?—and they look to the Bible to support their own position, to give their own position authority. Often I think they do this by cherry-picking the text. They will choose passages that suit their agenda and ignore others so that all sorts of positions are taken on all sorts of contemporary issues.”

Although the sometimes-differing interpretations of the biblical text can be a source of conflict, Mr Senituli says they are also a chance to offer each other an alternative vantage point in the biblical narrative, ultimately strengthening community—particularly across cultural lines.

“Each culture brings its own particular interpretive framework. When that happens, [the text] means different things to different people … Now, that’s not a threat. That’s not a negative. If we allow the difference of the cultures and the biblical and theological understanding to actually engage, what we’ll find is that we offer each other a biblical critique of how we are living out the gospel truth,” he says.

Ms Cook says that while the Bible is often read in private, it should never be read alone.

“I think the biggest danger that we have is that we read the Bible and we go, ‘Well I think it means this’, and we don’t talk to anyone else about it,” she says.

“I don’t know if we’ll ever reconcile the different interpretations, but I miss out on so much if I just read it by myself and don’t talk to other people … I’ll only get a very small sliver of what the Bible means if I’m not listening to how the Holy Spirit has worked in other people’s lives through it.

“By itself it’s a book, but with the work of the Spirit it’s this living thing. That’s important.”

The complexities of interpretation across cultures and ideologies can make the Bible seem inaccessible to ordinary people, but Dr LeCureux says you don’t have to have “Rev” or “Dr” in front of your name to bring the Bible to life and put it into action.

“It doesn’t take a specially-trained person to read and to notice and read slowly, to listen and think about what you’ve read and to mull things over and over in your mind,” he says. “Training can help you pay attention and understand some things that are said of course, but anyone can read. Anyone can read and think and meditate and read again.

“It’s a simple thing—my first question would always be, ‘Do you read it?’ ”