Home > Features > Love in a time of war 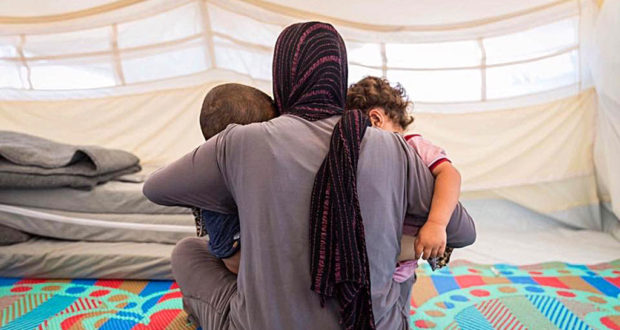 As the conflict continues to unfold in northern Iraq, volunteers are at the heart of the humanitarian services delivering aid. Dianne Jensen talks to members of Operation Hope, a group of Uniting Church people bringing hope to shattered lives.

Monday: I worked in a small container today just inside the entrance to the U2 camp … Three doctors, three interpreters, two nurses and two of us for admin rotated between a small shaded tent and the container. Holding up a sheet to perform examinations on the floor and requesting urine samples be handed back through the window. The IDP’s tempers flared and temperatures rose as the hot day unfolded. I spent the day entering patient information into a laptop, handing out teddy bears and holding babies.

Malnourishment, illness and injury take their toll daily as people flood into the camps—huge tent cities with shared taps, toilets and showers. And it’s hot, the scorching heat of a desert land unforgiving in its ferocity.

The team are members of Operation Hope, a group of friends brought together by Erica and Cathy to raise funds for medical equipment, supplies, educational resources, food and clothing, and to volunteer their services overseas.

“Some of our members are medical volunteers but the majority are humanitarian volunteers with specific skills—administration, information technology, teachers, pastoral care,” says Erica.

“Each volunteer felt called to give love, care and hope on a personal basis. Many of our friends, family and church members are not in a situation to personally volunteer so we go as their representatives, being the hands and feet of Jesus.”

Last year Operation Hope partnered with AdventistHelp (part of the Adventist Development and Relief Agency) to raise funds and volunteer at refugee camps in Greece. Since then, Operation Hope has been fundraising for a new emergency field hospital being built by AdventistHelp at Hasan Sham U2 refugee camp 25 km east of Mosul, the first field emergency unit and inpatient facility in the region. They have raised enough money to fund a ward for women and a ward for children.

During the May trip the volunteers travelled between Hasan Sham U2, Hasan Sham U3, Khazir M1, Harsham, Kawergosk and Garmawa camps for internally displaced people. Some camps have been in existence for several years, each typically housing between 10 000 to 50 000 people including Syrians, Yazidis and those fleeing Mosul.

Their first visit to Hasan Sham U2 was early in May, before residents started arriving.

“Row after row of white tents, toilets and showers sitting on raised areas to avoid flooding. Hard gravel to try to avoid the earth turning to mud after rain, but for now, just dust and heat from the relentless sun,” recalls Erica.

“Our following visits were in the middle of May as the residents arrived by coach from Iraqi army holding stations closer to Mosul. Each family was issued with boxes according to the number of family members—the contents were blankets, mattress, large floor mat, rice, oil, flour, water, cooking stove, one solar light and toiletry items.

“On subsequent visits I worked in a little container used as a temporary medical facility where we were greeted by hot, sick, sunburnt residents seeking medical help for themselves, babies and children. It was a crude arrangement with the residents standing in queues for hours in the hot sun.”

Life continues to be a struggle even after reaching the sanctuary of the camps, she says.

“There are chronic cases of malnutrition, chronic mental health issues, shrapnel wounds, broken bones, horrific burns (some caused by fires in tents due to poor cooking procedures), upper respiratory infections, one family with measles including the 20-day-old baby, ear infections, worms, nits, amputations, polio, diabetes, asthma. The camps are riddled with viper snakes with some children dying after being bitten.”

The small cemetery just outside the new camp is growing as vulnerable and malnourished babies and older people die; a number set to grow with temperatures predicted to reach mid-50s in July and August.

Rev Dr Robert Bos says that many of the people they encountered had horrific stories of their experiences in Mosul.

“Everyone has friends and relatives who were killed, some by beheading in their presence. Some have been permanently injured. A young girl with obvious facial disfiguration shared by sign language how a bomb had exploded near her, badly scarred the whole left side of her body and deafened her.”

Operation Hope volunteers also connected with members of the once-thriving Christian community in the region.

“Some of us also travelled to Al-Qosh, an Aramaic speaking Chaldean Catholic village, located to the north of Mosul and south of the large town of Dohuk,” says Robert. “The priest there is Fr Araam, with whom we were able to have several conversations. When refugees and IDPs began arriving in the area a couple of years ago, Fr Araam challenged his people to take in 1000 families at great cost to themselves.

“A few of us were able to worship with the Christian community at Telkef, south of Al-Qosh and about 20 km north of Mosul. The liturgical language and everyday life of the community is Aramaic. The St George Church in Telkef had been badly damaged and desecrated by IS and the congregation of about 200 people was meeting in a crowded upstairs hall while the church was
being repaired.”

The team had special gifts from Australian supporters to hand out to the children they encountered—knitted teddies made by the knitting group at Indooroopilly Uniting Church, the Brisbane-based Facebook group Teddy Bears without Borders and other friends.

“All up we were given over 300 teddies that we hand-delivered to hospitals in Erbil (where all emergency cases from Mosul have been going to date … this will change when the new field hospital opens) and to babies and children in the temporary medical unit at the Hasan Sham U2 camp,” says Erica. “A number of teddies and hand knitted items were hand-delivered to the Chaldean community at Al-Qosh for distribution.”

While the Operation Hope team have returned home, they remain committed to supporting this front-line work. Erica’s son Michael, an emergency nurse, recently left for a stint in
Erbil, carrying 15 kg of medical supplies and more teddies.

“Our focus now is to raise funds to build a mental health facility alongside the field hospital. The space and project were approved by the United Nations while we were there. The complex will include a dental facility, pathology and four consulting rooms for primary health care,” says Erica.

“We are also developing a partnership with the New Hope Trauma Recovery Centre in Al-Qosh which is a project of the local Chaldean Catholic church. Volunteer social workers, psychologists and English/ESOL teachers will be able to travel there and run training programs for the staff and provide therapy for the three million plus residents in the more than 20 camps in the area.” 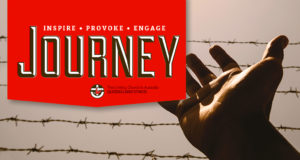