Home > Features > Number crunching the health of the church 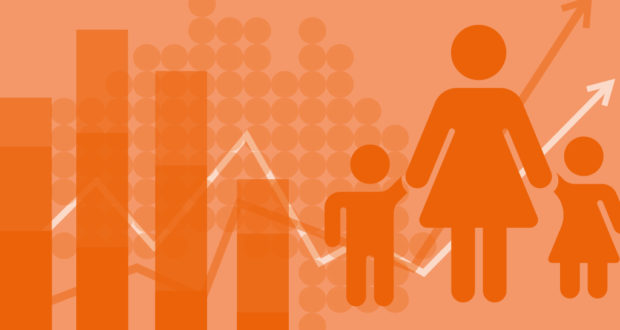 Number crunching the health of the church

The 2016 National Church Life Survey (NCLS) data results have been released to the public but what do the numbers say about the state of the Uniting Church in Queensland and, more broadly, about Christianity in Australia? Queensland Synod Director of Mission Scott Guyatt investigates.

Results from the 2016 National Church Life Survey are filtering through after more than 240 000 adults and 10 000 children from about 3000 local churches across Australia completed NCLS survey forms in October and November 2016.

Timed to coincide with the national Census, 2016 represents the 25th year of the 5-yearly NCLS surveys, the first taking place in 1991.

Having completed the survey (second only in size to the national Census in terms of Australian statistical surveys) in late 2016, congregations are now receiving both full results and a range of resources to assist in processing the results and responding to strengths and weaknesses identified through the survey process. Several Presbyteries have already hosted gatherings to help congregational leaders start to explore their results.

What do the numbers say?

Some of the numbers from NCLS won’t come as a shock—such as an average age across the Uniting Church in Queensland of 62, and a higher proportion of women than men (63 per cent/37 per cent) in our local churches. This is a story consistent with anecdotal evidence from many parts of our church.

Some of the data is surprising however.

31 per cent of respondents are new to their church in the last five years—including 22 per cent who have transferred from another Uniting Church congregation or switched from a different denomination, but eight per cent who are new to any church.

This is broadly consistent with Protestant averages from NCLS 2016, perhaps challenging an assumption that the Uniting Church isn’t one that sees many new faces in the life of our congregations.

At a time when much media coverage has been given to results from the 2016 national Census showing a continued decline in the number of Australians who identify as Christian, this healthy proportion of newcomers to Uniting Church congregations is good news, but still must be seen against that background.

Other encouraging NCLS results related to faith, where 73 per cent of us reported much or some growth in faith related to our participation in our local church, and worship, where 71 per cent of us say that we usually or always experience inspiration during services, 77 per cent experience a sense of God’s presence, and 74 per cent growth in our understanding of God.

These responses not only compare well with Protestant averages, but in the case of the reported experience of worship represent substantial improvement over previous NCLS results for our denomination in Queensland. That’s a strength to continue to build upon.

In a church where much emphasis has been placed in this area through “Together on the way, enriching community”, encouraging church planting initiatives, and training courses such as mission-shaped ministry training, these are encouraging results, and once again represent a significant improvement over previous NCLS reports.

Rev Dr Rob McFarlane—Moreton Rivers Presbytery’s Mission and Education Officer—sees signs for positivity in the data: “I am excited about what we are seeing in the NCLS results across the Uniting Church. One key area is the genuine increase in people’s support of imaginative and flexible innovation.

“Another key area is in the growth in people’s perception of having a leadership culture that inspires and empowers. Together, these are helping us to grow towards being the missional church to which Christ is calling us.”

The news, however, is not all good.

Our responses in areas such as sharing faith and inclusion of newcomers are not so strong, and not only dip below national averages, but show some decline on our own previous results.

Sam Sterland of the NCLS Resource and Researches team makes the observation that while our proportion of newcomers in local churches currently sits at a healthy 31 per cent, if we can’t improve in our capacity to share faith and to welcome newcomers into our midst, then it’s hard to imagine that figure staying in that vicinity over the next five years.

Crucially, the NCLS survey for 2016 included some questions specific to the Uniting Church, including asking respondents to identify the kinds of events they feel most likely to invite friends and neighbours to. While each local result might differ, across the board our answers indicated a preference to invite newcomers to share in community meals and to musical events.

Along with the adult survey, 2016 NCLS provided the opportunity for children to respond as well, which when combined with responses from parents in the main survey provide some important clues for us to follow.

Overwhelmingly children responded that the presence of God in their lives is important, and that they see role models such as parents, siblings, church leaders and grandparents as important examples of what it means to follow Jesus.

When we also note that 54 per cent of respondents most want to share their faith with children and/or grandchildren, and that retention rates for young adults are low (though consistent with previous years) we find some indication that supporting and equipping parents as they explore faith with children, or grandparents as they explore faith with grandchildren might be one of our most important priorities.

Where to from here?

It is perhaps following these types of clues that provide the most value from NCLS results, either building upon identified strengths, or stimulating growth and new behaviours in areas that are less strong.

Reinforcing the value of using the survey data in this way, NCLS director Dr Ruth Powell says, “One of the exciting things about studying churches for the last 25 years is that we have learned that churches can shape their futures.”

If we are willing to allow our behaviours and practices to be challenged and potentially changed as a result of what we learn through NCLS, the process of undertaking the survey will be all the more worthwhile.

With the Queensland Synod having identified priority directions for the next five years in areas such as prayer and listening, leadership, discipleship, community engagement and ministry with young people, the broad NCLS results not only give insight into some specific areas for immediate action in relation to these particular themes, but a great baseline from which to assess our collective (and local) progress when NCLS 2021 rolls around.

Presbytery ministers and mission staff are available to help congregations explore their NCLS results, and the implications for behaviour and practice. Contact your local presbytery office for assistance.

While 113 congregations chose to participate in NCLS 2016, many did not. It’s not too late however, with NCLS happy to run a survey for your local congregation at any time. Head to ncls.org.au for details, or contact Scott Guyatt at the Synod office via scott.guyatt@ucaqld.com.au