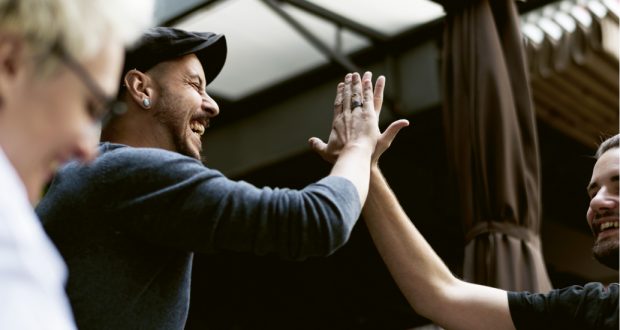 Relationships the key to church planting

James O’Callaghan explores a shift in the focus of mission for church plants.

In the past, the first step to having a presence in an emerging community was to purchase a block of land and start building a church.

That focus is steadily shifting with a realisation that relationships—rather than physical presence—are at the core of mission. Of the four church plants examined in the last edition of Journey, only two have regular services in a building, one of which is a community hub that doubles as a bowling green.

This principle is echoed in Transforming Mission: Paradigm Shifts in Theology of Mission, a major work on post-colonial Christian mission that describes mission as both the proclamation and the lived practical expression of the gospel in the context in which we find ourselves.

Author David Bosch writes, “Mission is quite simply the participation of Christians in the liberating mission of Jesus wagering on a future that verifiable experience seems to belie. It is the good news of God’s love, incarnated in the witness of community, for the sake of the world.”

Adding further weight to the need for a relationship-focused approach to mission is the fact that Australia is currently in a loneliness epidemic. A report released by the Australian Psychological Society in 2018, titled the “Australian Loneliness Report” found that one in four Australians was lonely. The same report found that higher levels of loneliness are associated with higher levels of social interaction anxiety, less social interaction, poorer psychological wellbeing and poorer quality of life.

There is no question that the population of Queensland is growing.

Figures released by the Australian Bureau of Statistics in 2018 list Queensland as the second fastest growing state in the country, with 1.8 per cent growth over
the year, the bulk of which occurred in the Greater Brisbane area.

Growth in regions like Pimpama on the northern outskirts of the Gold Coast, North Lakes to the north of Brisbane and Springfield Lakes near Ipswich
can be attributed to overseas and interstate migration as well as a natural increase in population. While the Uniting Church has an existing presence in many of
these locations, they are each unique and present exciting opportunities.

In the Greater Flagstone region, another rapidly growing area west of Jimboomba and the Mount Lindsay Highway, the Uniting Church has identified such an opportunity. With 8.7 per cent growth in the 2017–2018 financial year, the Greater Flagstone region is expected to be home to 50 000 dwellings and a population of 120 000 once fully developed, predominantly made up of young families.

However, the full development of the Greater Flagstone Priority Development Area is expected to take 30 to 40 years, meaning that the region will be lacking in services and social infrastructure like health facilities, recreation grounds, cultural facilities and community programs.

This lack of social infrastructure will make it difficult for residents to cope with a number of stress factors that prohibit community cohesion and resilience.

To help fill this void in Flagstone, the Uniting Church is establishing a community presence which, according to South Moreton Project Officer Rev Beth Nicholls, will be focused on relationships.

“Our first step will be to employ a Community Development Officer who can then begin conversations with key stakeholders including developers, local council and community leaders,” says Beth.

“Already we have established a prayer team with local Uniting Church residents which will potentially develop into another fresh expression or even a regular Bible study and engage with residents.”

Planning a whole-of-church presence in Flagstone has involved two years of consultation with UnitingCare, Wesley Mission Queensland, Real Life Christian
Church, Calvary Christian College and the Presbytery, and a substantial body of research by an external consultancy, Communitas.

When asked whether a presence in Flagstone is consistent with the Synod’s mission, Beth’s response is an emphatic “yes”.

“Without question, it will support the development and equipping of disciples, growth of the church, connecting with children, youth and families, the development and deployment of transformational leadership and the contribution to nurturing stronger communities,” she says.

“The effort will involve the whole of the church in an example of true collaboration, including agencies and schools.”

As Queensland continues to grow, the Uniting Church’s work at Flagstone is just one of numerous church planting opportunities on the horizon. While they may all be unique, an emphasis on relationships with members of the local community and other key stakeholders will be critical to the ongoing success.

Church planting is the first of five mission projects in the Presbytery Mission program. The second, youth and young adult ministry, will be profiled in the next edition of Journey magazine.

For information about the Presbytery Mission Program see the insert in this edition of Journey. Alternatively, visit missionpossible.ucaqld.com.au to donate online or email presmission@ucaqld.com.au with your enquiries.