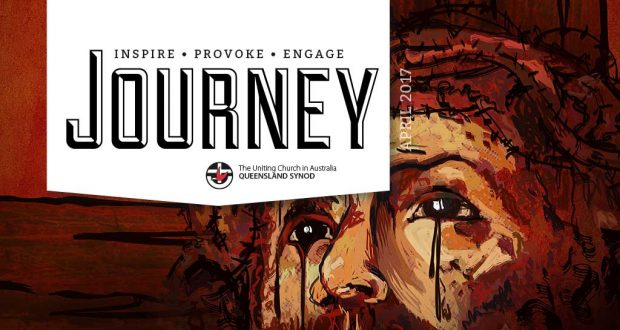 It’s that time of the year again when both kids and the bean counters (should that be egg counters?) in confectionery corporations lick their lips at the prospect of huge spikes in chocolate consumption levels.

Australians will spend a staggering amount on chocolates (not to mention seafood, fluffy rabbit toys and eggs) during the Easter period but they’ll also give generously to charities, both religious and secular.

But when you move past the consumerism (and even the ceremonial elements of Easter services) we are left to reflect on the singular image of a thirty-something male hanging from a cross. A man persecuted by a brutal government; tortured and executed he would only lament near-death, “Father, forgive them; for they do not know what they are doing”.

This Easter we thought it would be a good time to focus on a crucial aspect of the Easter narrative that hasn’t always received our full attention: sin. The image of Jesus on the cross is inexorably tied to sin and his ultimate act of sacrifice to vanquish our sinful ways forms the bedrock of the Christian faith. I hope that Simon Gomersall’s fascinating exploration of sin and Easter will get you discussing and debating morality, faith and atonement with friends and family over the coming weeks.

Elsewhere Bindy Taylor (New Times) sits down with US pastor and author Nancy Beach to discuss leadership, gender politics and the value of mentoring others. Nancy will be visiting Australia in August as a keynote speaker at the annual Uniting Leaders conference, and her interview provides much to consider for both genders on how we support and encourage others into leadership positions.

Finally our 40th anniversary focus is spread over three Queensland churches who exemplify the spirit of innovation and renewal. It’s an inspiring read and a lesson in how churches must remain flexible and adaptable to the community in which they serve. A reminder: we are always on the lookout for similar stories so please drop us an email about what you’re doing.

I wish you a safe and spiritually fulfilling Easter.