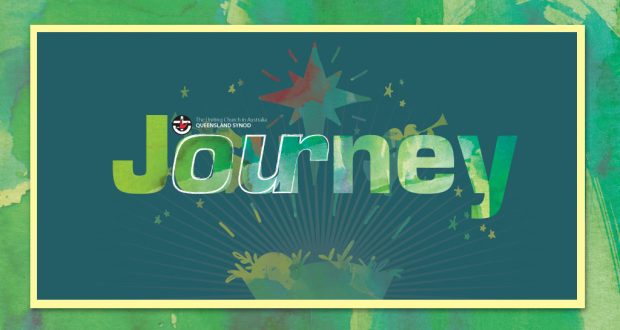 As 2015 drew to a close if someone had told me that during the next 12 months I should brace myself for the United Kingdom voting to leave the European Union, Donald Trump winning the presidential election and, most shockingly, Leicester City taking out the English Premier League trophy in football, I would have checked to see whether it was actually the first day of April.

If you’re feeling the world is currently only offering instability and unpredictability, what we can offer as a small gesture of certainty and consistency is that Journey will continue to inspire, provoke and engage you with stories across the Uniting Church community and grapple with the wider issues affecting Australian society and abroad, as we all venture into the unknown.

But let’s keep a spirit of positivity and optimism as we move into the holiday season, and our December edition contains multiple stories which draw upon our Christmas campaign theme, Hope has a name.

Chiefly, our feature story (page 10) interviewing chaplains who are bringing hope to others during often very tough times, is a timely reminder of the power of Christ to be that guiding light when darkness descends. From cyclones to homesick soldiers, traumatised police to critically ill patients, there are numerous hardships each chaplain faces in their role but their tales of how faith and compassion bring hope to others in need should serve as an enriching example of hope for all this Christmas.

Meanwhile Dianne Jensen meets Nyaluak Leth (page 12) for our “Humans of UCA” profile and discusses Nyaluak’s work to raise awareness around domestic violence and help young South Sudanese Christians re-connect with their faith. It’s a fascinating read and a clear example of how a young generation in this church is inspiring hope and forcing change for the better.

Finally, you may have seen recent news regarding Shalom Christian College and its participation in a Royal Commission public hearing. Mardi Lumsden explores the school behind the headlines (page 6) and meets with those who share the Shalom vision.