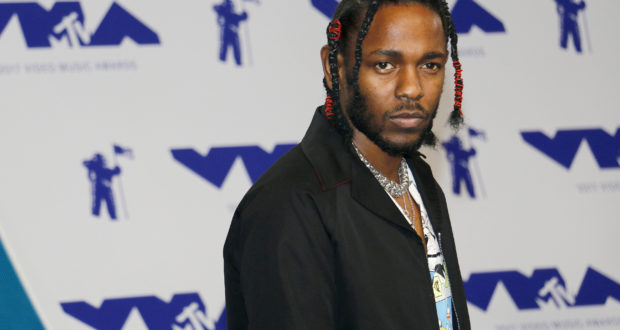 CBN News reports on President Trump’s latest initiative to protect religious liberty and open access to government funding for faith-based organisations. The presidential executive order promoting free speech and religious liberty includes provisions that the Department of the Treasury does not take any adverse action against individuals or organisations based on either speaking about moral or political issues from a religious perspective; conscience protections with respect to preventive-care mandates; and the issuance of guidance by agencies with respect to interpreting religious liberty protections in federal law.

“As president, I will always protect religious liberty,” Trump told faith leaders at the White House. “Prayer has always been the centre of American life. It’s forged the identity and destiny of this great nation that we all love.”

The Christian Post covers news of Kendrick Lamar’s recent trip to the Vatican coming hot off the heels of his history-making Pulitzer Prize award for his album Damn. Lamar is the first rapper to win a Pulitzer and 2017’s Damn was a deeply personal exploration of faith and religion.

In celebration of the win, Lamar and his fiancée visited Rome and toured the historic city’s numerous attractions including the Vatican.

Christian ruins not so ruined by ISIS

Faithwire reports of an archaeological discovery in Syria with great importance for Christians: ancient ruins of an early church have been found and they are thought to date from the first centuries of the Roman Empire. Although the region where the ruins were found was recently under ISIS control, the Islamic terrorist group had not destroyed the site as they were unaware of its location due to a nearby garbage site obscuring its whereabouts.

After ISIS was driven out of the area Abdulwahab Sheko, head of the exploration committee at the Ruins Council in Manbij, alerted others to the find, safe in the knowledge it would not be destroyed by ISIS.

Sharing the cup still off the table?

Christianity Today details the latest efforts by German bishops to allow Protestants married to practicing Catholics to participate in communion with their spouses. Although this idea was initially rejected by the Vatican it may still be a reality with Vatican officials meeting in Rome later this month to settle the matter.

Chris Castaldo, an expert on evangelical-Catholic engagement, commented, “While theologically initiated Protestants normally—and rightly—abstain from taking the Eucharist, seeing in it a theurgic act that runs roughshod over Scripture, many others view it simply as a fellowship meal, on in which they naturally want to participate alongside of a spouse or loved one.”