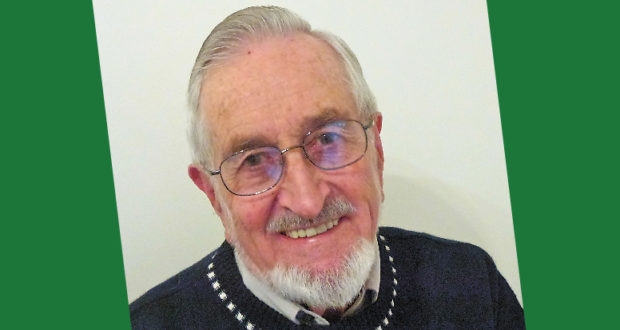 Rev Bruce Prewer, Uniting Church minister and nationally acclaimed wordsmith passed away in Sunbury on 11 September at the age of 87 years.

Bruce’s passion for writing contemporary, ecumenical liturgy grounded in the Australian context influenced generations of Christians from the 1970s to the present day. For the young Uniting Church, his distinctive voice helped articulate what it meant to be an Australian church at worship and in prayer.

Writing on his website bruceprewer.com, Bruce said: “Borrowing from a New Testament description of gifts, I would classify my preaching as that of a pastoral ‘exhorter’. It is in my bones to try and encourage and inspire.”

Bruce’s worship resources for the three-year Common Lectionary were written during a period when his ministry was curtailed due to the chronic depression with which he battled during his adult life.

Long-time friend Rev Stan Clarke, Minister at Sunbury Uniting Church, wrote in his obituary that “His experience of fire and brimstone preachers engendered in the young Bruce a hatred of religion. He made up his mind that he wanted nothing to do with their God.”

Bruce embraced faith at an evangelical rally in 1949, and a few months later felt the call to ministry and was ordained in 1957.

“[Bruce] was ordained at Wesley Church, Melbourne and posted to Wynyard, Tasmania where he began to experiment with different styles of worship. Having rearranged the church set-up, he introduced informal talk-back evening services, singing rock music and African-American spirituals,” said Stan.

“Bruce described himself as a ‘theological mongrel’, ‘a wandering child of God who has been found’, not sitting comfortably in any school of theological thought.

“He saw himself as a true evangelist, someone with some very Good News that he wanted others to experience.”

Like doves,
a white cloud of corellas
descend on a dead tree,
turning a grey, damp dawn
into a thing of beauty.

Come, Spirit of love,
baptise the barren limbs
of our discouragement
with a flock of new hopes
and clothe our drabness
with your pure loveliness.

In your tough mercy
dig us out of our hiding places.
Touch our eyes with healing
that we may look without hurt or fear
on that holy Light
which makes all things new.

Bruce D. Prewer. Section 9 Living in the Spirit. Prayers for the Twenty-first Century. Used with permission.