Home > National News > In the simple act of sharing, love is re-born 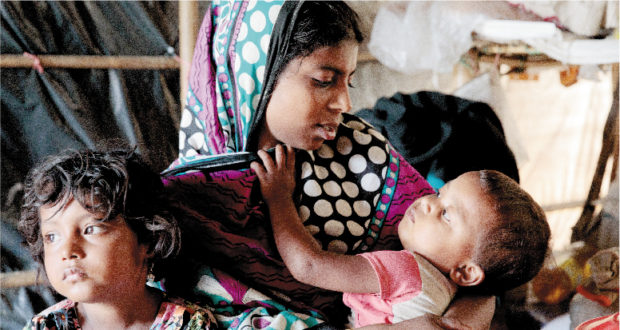 Rohingya refugee Ayesha sits with her two surviving children inside their shelter in Jamtoli camp. Her family is one of many supported by the Christmas Bowl. Photo: Richard Wainwright/Act for Peace

The Christmas Bowl is an annual tradition for many Australian congregations and individuals, sharing the Christmas message through supporting people in need across the world. Jess Xavier from Act for Peace reminds us of this enduring legacy of hope.

It was 1949. Millions of refugees were starving in war-ravaged Europe. And as Frank Byatt, a young minister in Victoria looked at his heavily laden Christmas dinner table, the contrast between the abundance in Australia and the needs of others around the world could not have been more stark.

As a Christian, he felt he had to do something. After all, it was Christmas, the day of sharing!

Frank called on his congregation to “get a bowl to put on your Christmas dinner table as a Bowl of Remembrance and see if you can get everybody around the table to make a generous gift so that you can share your good dinner with hungry children in other lands”.

That was the first Christmas Bowl appeal, and that year £1808 was raised for refugees—no small sum for a congregation at the time. But Frank didn’t stop there. His mission was to unify Australians and today, 69 years later, thousands of Australian Christians still come together each Christmas to share God’s love through the Christmas Bowl.

It’s a beautiful legacy, and Frank Byatt’s call is as relevant today as it was when the first Christmas Bowl was shared in 1949. Right now there are 68.5 million people who have been driven from their homes and loved ones by war or persecution; the highest number ever recorded.

Among those most in need are hundreds of thousands of Rohingya refugees forced to flee violence and persecution in Myanmar last year. People like Ayesha, who fled with her husband, two young daughters and newborn baby.

This Christmas join the global family united in Christ by placing a bowl on your dinner table in remembrance of a brother or sister in urgent need somewhere around the world. Through the Christmas Bowl we come together to enable people like Ayesha to live with the safety, justice and dignity that each of us deserve. 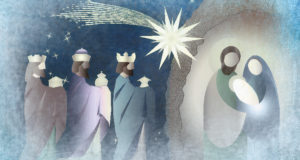