Home > Opinion > Seek and you will find 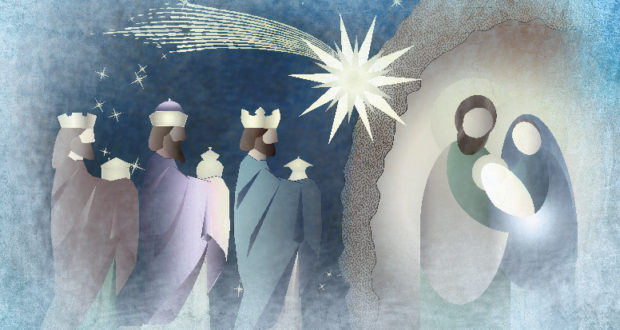 The journey of the Magi has, in my latter years, become my favourite part of the Christmas narrative. It might be because of T.S. Elliot’s 1927 poem “Journey of the Magi” which we studied in school.

Elliot evoked great drama and wonder out of a fairly sparse biblical source, at least in terms of who these people might be, where they came from, and what was really behind their visit.

Cutting through the overwhelming sentimentality of the way the West engages with the Christmas story, his poem captured my imagination over 40 years ago, and still does today.

‘A cold coming we had of it,
Just the worst time of the year
For a journey, and such a long journey’

The birth stories of Jesus can’t help but capture our sensibilities—the vulnerabilities of pregnancy, shame, honour, travel; the hopes of the birth of a baby, fulfilment, and in Luke, the overturning of an old order. All this set against the machinations of a royal court that is ready to do anything to hold onto power; the tragedy of massacre.

The Magi embody in this drama (which is intensely personal, political, and religious) a kind of wild card; an interruption that asks us, the reader of another time and place, to think maybe this story involves me too.

Are the Magi of the kind of the writer of Ecclesiastes, who writes out of the experiences of life, and continues to wonder, to reflect, to look for wisdom in dealing with the mystery of life?

It seems to me that the Magi do invite us into the story in a way that recognises us as outsiders, yet also caught up, and involved in this drama. The birth of Jesus is cosmic, it is about the life of the world, in a very concrete and particular way. That’s what the Magi are saying to us: “Come here, and look at this.”

I believe they model an aspect of discipleship that is different from the central players, whom Matthew also asks us to reflect on in terms responding to the work of God in the world.

The discipleship the Magi offer is that of being engaged in the world around us; being aware, being ready to see new things emerging—new signs—and being ready to explore.

They invite me to wonder.

The Jewish scholar and philosopher Abraham Joshua Heschel is quoted as saying, “Our aim in life should be to know what we see, not see what we know.” Post-modernists might say this is a vain hope yet the Magi believed that there was more to see and know and in committing to that journey, they found more than they imagined.