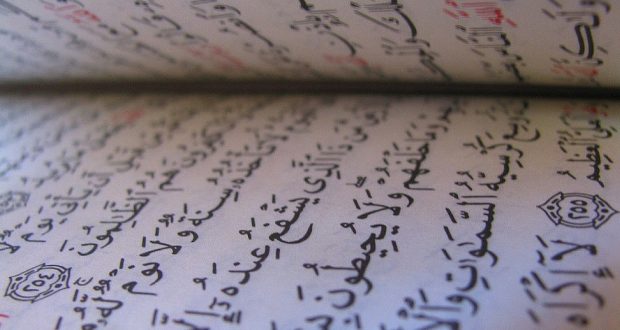 Looking for peace beyond “Holy War”

For many Australians the word “jihad” means one thing in an age of terrorism, but Dr Aaron Ghiloni explores the complexities and nuances of Islamic struggle and what lessons it offers non-Muslims.

I was researching “jihad” on the day the Brussels airport and metro were attacked by ISIL. It could have been any day. Whether war is dubbed “cold”, “just”, “civil”, or “asymmetrical”, calamity seems humanity’s persistent condition. These days, Islam is often blamed.

Many Christians are shrewd enough to mistrust the stock media narrative: Islam equals violence. Inter-religious encounters are often enriching: in times of trauma such as natural disasters as well as in neighbourhood tranquillity, goodwill flows across religious borders.

Still, war booms and televised-binaries blast. What are we to make of ceaseless conflict?

Intra-human hostility is where inter-religious learning is particularly useful. Christians can learn to face the enigma of war through comparative theological reflection on Islam’s understanding of “jihad”.

Throughout history Muslims have described struggle on the path of God and all that struggle entails—psychologically, sociologically, ritually—as “jihad”. Jihad is a multivalent term giving rise to diverse forms of Islamic practice ranging from education to lovemaking, from combat to peacemaking.

For its many meanings, jihad is not “holy war”. Holy war is the Crusaders’ leftovers.

From their earliest days, Muslim communities have encountered the ambiguities of conflict.

“Fighting is ordained for you, though it is hateful to you. But it may be that you hate a thing though it is good for you. And perhaps you love a thing and it is bad for you. Allah knows, you know not.” (Quran 2.216).

These puzzles are not confined to war—the text indicates that similar dilemmas are posed by drinking alcohol and gambling.

In its dazzling, twirling style the Quran reveals that in times of conflict it may be preferable to think in terms of paradox rather than equation. As this text has it: certain experiences are sinful while also having “some benefits for humankind…” (Quran  2.219).

Love and hate. Sobriety and excess. Benefit and sin. Negotiating religious identity in the dappled spaces between war and peace requires constant striving.

Our Muslim neighbours can teach us how conflict and risk are productive tools. Islamic theology employs what Islamic scholar Shahab Ahmed calls “exploratory authority”—the use of ambivalence as a form of theological reasoning. Striving in God’s path is necessary because the path is often perplexing.

Not every bullet is halal (“permissible”). Not every conflict is haram (“forbidden”).

Inter-faith engagement accepts ambiguities as a divine gift. It embraces neighbour by rejecting the binary.