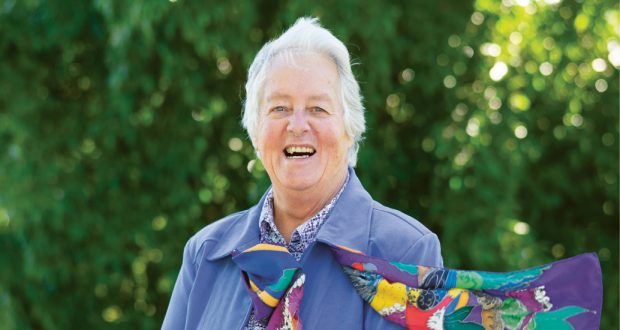 Rev Jan Chalmers, one of the earliest woman ordained in the Uniting Church in Queensland, reflects on 40 years of living out her call to serve the world through the ministry of deacon.

I was called to chaplaincy with Blue Nursing (Brisbane Central) from 1993 to the end of 2004. The remaining period before my retirement in August 2007 was in the position of Blue Care Chaplaincy Educator.

Over the many years I have offered leadership among the people of the Uniting Church in a ministry of service to the world, exercised in the way of Jesus Christ, on whose ministry my ministry is modelled—justice, reconciliation and compassion.

In many ways I have been a pioneer and educator in community development and service programs. Along with parishioners, I established the Balmoral Uniting Community Centre and the St David’s Uniting Church Neighbourhood Centre. At the time of writing, both these centres are still operating.

These centres stand alongside those who are disadvantaged, oppressed, lonely or isolated, offering friendship, hospitality and community. My call to be an advocate of justice often leads to raising issues with the local community, councillors, and state and federal Members of Parliament.

As a chaplain with Blue Nursing (Brisbane Central) and later as Blue Care Chaplaincy Educator, I was assisted by management to develop chaplaincy as part of a multidisciplinary team caring for people in their homes, respite centres and aged care facilities.

The chaplaincy team assisted with establishing a bereavement centre. We were able to follow up families where a death took place, wherever Blue Care provided services. This could mean 50 carers/families each month. Remembrance services were created as an integral part of our support.

I developed a particular focus which involved caring for people with dementia and in the area of palliative care, and provided education for staff.

Over this time I recognised the need for aged care training for chaplains and pastoral carers, and developed and delivered an ecumenical course during my remaining two and a half years.

My ministry as a deacon continues in retirement. Compassion, justice, and reconciliation remain as the call upon my life.