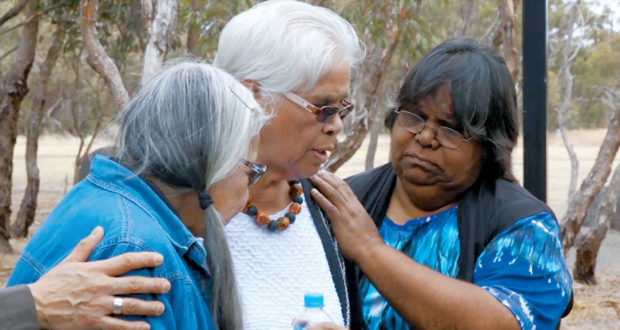 Uniting Church congregations are being asked to hold worship services in January reflecting on Australia’s First Peoples. Past President of the Uniting Church in Australia and Assembly Consultant for Covenanting Stuart McMillan explains why.

The observance of a Day of Mourning was endorsed by the 15th Assembly in 2018 at the request of members of the Uniting Aboriginal and Islander Christian Congress (UAICC).

Rather than seeking a change to the date for Australia Day as some propose, the UAICC asked the church, in the spirit of the Covenant between us, to declare the Sunday before Australia Day as a Day of Mourning.

Sunday 20 January 2019 will be the first official Day of Mourning with the event to become a fixture on the Uniting Church in Australia liturgical calendar.

Congregations, agencies and schools are encouraged to honour First Peoples on that day or in the week before 26 January by using the prepared resources together with their own resources.

The desire is that the service and any related events acknowledge the dispossession, violence towards and murder of First Peoples, and lament the fact that as a church and as Second Peoples we were and remain complicit.

This is what we have already acknowledged in the changes to the Preamble to the Uniting Church Constitution approved by the 9th Assembly in 2009 and formalised by Synods by 2011.

A Day of Mourning is not a new concept in Australia. The first such day was held on Australia Day 1938, organised by the Aborigines Progressive Association (APA) in New South Wales with support from the Australian Aborigines League (AAL) in Victoria to coincide with sesquicentenary celebrations.

On 20 January I, for one, will be reflecting on the lie of terra nullius—the claim that Australia was a land that belonged to no one—and the devastating effects this declaration had on the First Peoples of this land, together with the generational legacies which still affect First Peoples today. I will lament, say sorry, ask for forgiveness, and pray that our nation will be led to do likewise.

For it is only through our lament and remembering that we can together, First and Second Peoples, look with hope to the future.

I pray that one day the whole nation may, in a coming of age, fully accept this history and take a significant step towards healing for our nation.

Day of Mourning resources will available on the Assembly website assembly.uca.org.au in December.