Home > Scoop > The Covenant Agreement: Part of our DNA 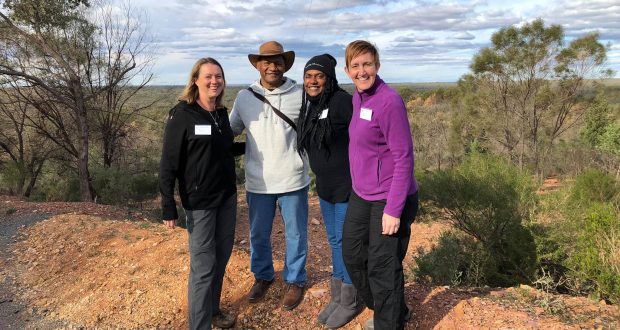 To commemorate the anniversary of the day in 1994 that the Uniting Church in Australia formalised its commitment to walk together in solidarity with the Uniting Aboriginal and Islander Christian Congress (UAICC), Rev Richard Cassady and Erin Mawhinney took the time to remember our shared history and our heritage of faith.

We spoke of the Rev Charles Harris story (who Richard’s Mum knew when he was with the Assemblies of God (AOG) in Ingham/Halifax in North Queensland, before his training in the Methodist space prior to union) and his friendship with Jack Frewen-Lord, that set in motion the birth of the UAICC.

In our conversation, we remembered these two men from different social, political, economic and cultural backgrounds who were potentially modelling what it meant to be in a Christ-following relationship well before the Congress, or the covenant with the Uniting Church in Australia existed. We celebrated that relationships under Christ are part and parcel of who we are, part of our DNA.

The other aspect of our DNA is the reformist tradition that aspires to set things in their rightful place, remembering Martin Luther and where within his tradition he came to an impasse and a “new space” was fashioned for the body of Christ, set apart from the catholic tradition. While reforming and redefining is part of our DNA, we celebrate as a Uniting Church how we have been creative to bring three faith groups in 1977, the Methodist, Presbyterian and Congregationalist under one umbrella. While some marvel at the spiritual, theological and scriptural wrestling it took to bring about this change, we celebrate and we were reminded that “Uniting”, not “United”, is part of our DNA. As former President of the Uniting Church in Australia, Rev Professor Andrew Dutney says, “We are a still a church that’s always listening to the movement of the Spirit and watching what’s going on in the community so that it could be a church responding in mission to what God’s doing.” We are reminded that it’s part of our DNA to embody our “Unity with diversity”, “to be together on the way”.

Should members of the church be surprised that the covenant agreement strives to embody that Frewen-Lord/Harris conversation a decade prior? An agreement that seeks to lead by example. Men and women of faith, regardless of their background, trying to discern what it means to be the people of God, in this wide rugged land within the Uniting Church in Australia.

Today, on the anniversary of the signing of the Covenant, we would encourage members of the church to explore those faith stories of hope of men and women who dared to dream that God’s kingdom might manifest itself here on earth as it is in heaven. We are reminded that this our Uniting Church … is a creative space for others and to create space for conversation … one with another … it’s part of our DNA.

“The Rev Charles Harris began his ministry as a pastor in the (then) Assemblies of God, then joined the Methodist Church in 1967. He worked as a pastor in North Queensland and in Brisbane. He began preparing for ordination through Trinity Theological College and Nungalinya College in the late 1970s and was ordained into the Uniting Church in Australia in November 1980. He transferred to the West End Parish in Townsville in 1981, where he had met Rev Jack Frewen-Lord some years earlier.” (William W Emilsen, Charles Harris: A Struggle for Justice. Published by MediaCom, 2019.)

Rev Richard Cassady lives on Palm Island and is a member of the Queensland Synod’s Covenant Action Plan working group.

Erin Mawhinney is one half of the Covenant Action Plan project team.