Home > Scoop > Billy Graham: the life and times of a Christian Crusader 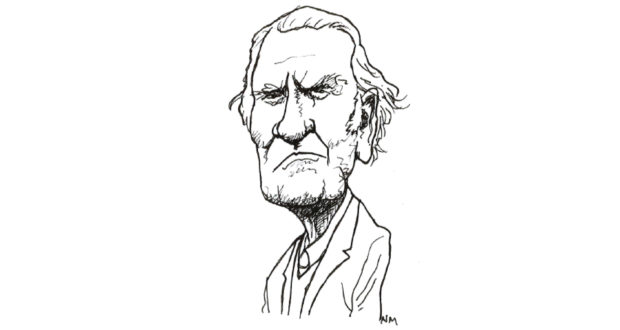 For many Christians, Billy Graham was the American icon of faith that transformed 20th century evangelism. His preaching reached hundreds of millions through television, radio and books and Graham would become a mainstream figure in popular culture earning praise from as diverse a coalition as Muhammad Ali, President Obama and Johnny Cash. Nick Mattiske examines the life and legacy of a remarkable crusader.

The late Billy Graham preached to millions, and reached tens of millions through television and books. He established Christianity Today, America’s biggest religious magazine and his radio show was the most listened-to religious program.

More than simply an American phenomenon, his reach was global, attracting crowds rivalled only by the pope. When he toured Australia and New Zealand in 1959, it was the biggest show the country had seen. Australians saw him as curiosity, spectacle, inspiration, and, for many, a turning point. He put his finger on a deep need in people.

He was a constant throughout the tumult of the second half of the 20th century. But he was foremost an American. The half century in which he worked was a particular time in US history, when Graham’s largely middle class, small town, family-oriented audience was enjoying and being seduced by post-war prosperity, yet also fearful of societal change and the Cold War, and, like Abraham Lincoln, Graham was a man suited to the age.

He spoke in American terms, of us and them, of Americans and communists. He was also at the right moment to harness the new technologies, from air travel to TV, which saw America lead the way in enabling greater saturation by national celebrities.

It was a time when religious figures could be celebrities: theologians could appear on the cover of Time magazine, and Christianity still had a largely uncontentious place in the American psyche. It was also a time when Americans trusted their celebrities and leaders more than today, and Graham routinely headed the list of the most trustworthy. He was the model of the moral American dream. He reassured his audience that one could be Christian and American, and in fact, the two belonged together. George H.W. Bush labelled him simply as “America’s pastor”. The only significant smear on his character rubbed off from Richard Nixon, when Graham joined in with Nixon’s anti-Semitism and was caught on the White House tapes.

More than America’s pastor, Graham was the president’s chaplain. He knew them all, and was particularly friendly with presidents as different as Johnson, Nixon and Carter. At times the difficulty of siding with a friend while trying to straddle the bipartisan line caused him to pull a muscle, and he was called naïve. He was intrigued by politics, but insisted he was there in the White House not to influence policy, but because presidents were like everyone else, as sinners in need of Christ, who, as George W. Bush famously said, changes your life.

The portrayal of Graham in the TV miniseries The Crown was accurate in that he hung out with world leaders but used it as an opportunity to talk about the universal need for a personal relationship with God.

Although he emphasised the personal decision to accept Christ as saviour, he was also a prophet to America (and the West), happy to theatrically exaggerate the moral decline of society. He encouraged Americans, over half a century, to view the present as the worst crisis in the nation’s history, and to recover the values of a golden age.

America might be Babylon at times, but Hollywood and New York weren’t the real America, which was supposed to be a light on the hill. He didn’t portray Christianity as an alternative to the mainstream, but rather part of the correct state of mainstream America, a message that many Americans still cling to, and others passionately reject.

As Grant Wacker writes in a book on Graham’s legacy (Billy Graham: American Pilgrim, Oxford University Press), Graham’s style changed over the years, moving from theatrical to more sober and subdued, as America went the other way, from the staid 1950s to the cacophonous 21st century.

Graham always said he was on a journey himself, awakening to issues of race and global poverty, and moving to more universal views on salvation, which didn’t win him many fundamentalist friends (who were never his key supporters anyway). He became more distrustful of politicians, more focused on social justice and crusaded against nuclear weapons. He ditched the talk of hellfire and anti-communism. In all this, his core message never changed, though. Central to the life of the believer is their relationship with Christ, which doesn’t go out of fashion. But how that relationship relates to, and how it is conveyed to, the wider world has changed, meaning Graham was a man of his time, a figure from a different age.