Home > Scoop > Book review: The Beauty and the Horror 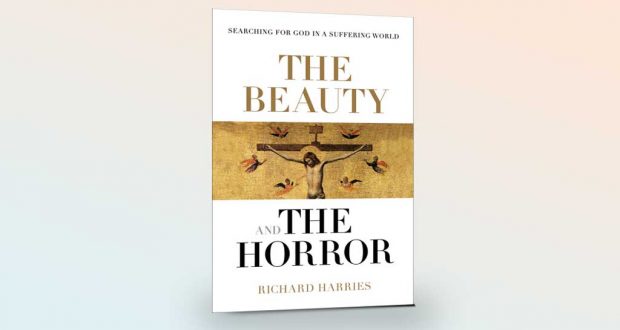 Book review: The Beauty and the Horror

Negotiating a belief in a powerful, loving God with the existence of evil in the world can often be a thorny task but in Richard Harries’ latest book The Beauty and the Horror, the author tries to address faith and theodicy. Nick Mattiske reviews.

And the reasons for doubting God’s existence are plentiful: the fact that an omnipotent God shouldn’t need to permit grievous suffering, the lack of clear evidence of God’s hand in the world, the drabness or ineffectiveness of his supposed followers, the divisions within the church, the explanatory power of Darwinism and determinism and quantum physics and multiverse theory, the existence of multiple religions (they can’t all be right), the miserable lives of those who have never known God, the question of whether Christ died for intelligent alien life forms, and so forth.

Richard Harries’ book The Beauty and the Horror—which can be summarised in the question “Why both sunsets and cancer?”—confronts at least some of these objections. More importantly, he takes major objections to Christian faith as seriously as the questioners, and responds with a willingness to entertain doubts, but also with a refusal to simply throw up his hands. He emphasises that humans have asked about the meaning of life throughout history, and engages with a wide range of art and literature to elaborate on the consequences. Artists and novelists are, after-all, types of philosophers themselves.

When it comes to theodicy, the explanation for the existence of evil, Harries dismisses the idea that persists in some conservative circles of God needing to test us, but goes over the old arguments about free will needing to coexist with the possibilities of good and bad.

To the observation that heaven is supposedly free of evil so our world could be too, Harries replies that we must have known both good and evil to appreciate heaven’s evil-free state. He is rightly unimpressed with the suggestions of some, such as the philosopher Ronald Dworkin, that we should live as if the world has meaning even if it doesn’t. This sounds like more academic ducking and weaving.

It’s not much good to suggest to an atheist that they have to be a Christian to understand why there is evil in the world, but we can’t escape the fact that living out faith enlightens areas of mystery that existed before faith, or that exist in conjunction with faith, as is often the case.

Harries would never suggest that having faith solves all your problems. The towering intellect and man of faith Samuel Johnson wrote that it was pointless trying to understand evil. Harries continues by saying that if we are aware of evil’s existence we are better to try and combat it than understand it, as indeed Jesus did when he cured people and was dismissive of lay philosophising about why the people were sick in the first place.

Tagged with: Christianity God Jesus Christ The Beauty and the Horror Theodicy