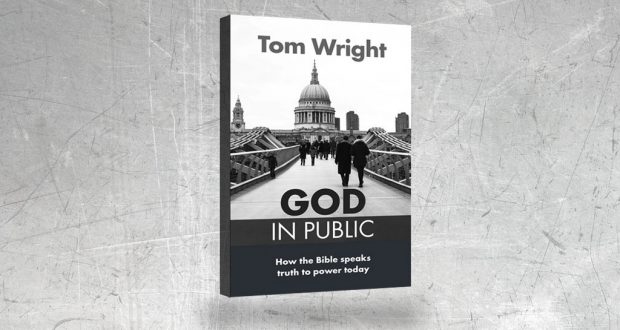 Tom Wright’s book God in Public explores the dynamics of power in the contemporary public sphere and where Christianity fits alongside politicians, the media and the general public. Nick Mattiske reviews.

Tom Wright is fond of repeating that God “is” putting the world to rights—not just “has” or “will” but “is”. Anyone familiar with his writings will understand his concept of the Kingdom of God, which is something Jesus inaugurated and is an ongoing process. Jesus is the king of this world, but a different kind of king whose followers challenge the power structures of this world through lives of services to others rather than by a mere power grab.

Obviously the world is still imperfect, but the churches are quietly working this revolution through. This, of course, has political implications which Wright sets out in some detail in his book, God in Public.

The Kingdom is more than a matter of private spirituality, of how we get to heaven when we die; it is first-of-all about this life (the next world is simply a continuation and perfection of what God is doing in this world).

Wright begins by describing a Western “malaise” where the church is banished from public discourse and we are mired in a contradictory ideological mix of Enlightenment progress and a subsequent postmodern critique.

That critique rightly sees gaping holes in the narrative of modern progress but simply shrugs its shoulders when it comes to an answer.

Postmodernism, in its elevation of relativism, is also complicit in the pronouncements of Pontius Pilate and Karl Rove that when it comes to truth, power makes its own truth. Meanwhile, we think that democracy simply legitimises itself, and can’t understand why non-Western countries are ungrateful for us spreading democracy by bombing the hell out of them.

In the middle of all of this the church can and should have a dissenting voice. The separation of church and state is good, says Wright, so that the church doesn’t simply endorse the policies of whichever government is in power, and the church, like other groups, has a right to raise a voice in public, particularly to keep governments to account.

But it suits those in power to silence the church by insisting that spirituality is a private matter. It keeps pesky Christians from asking awkward questions about military adventurism, corrupt financial systems or the treatment of asylum seekers.

This applies to more than governments: Wright comments on how the mainstream media want to silence churches because they believe they’re the primary force to keep governments accountable. But the media are just as interested in power as anyone else, and consolidate it by either toeing the line or amplifying conflict, depending which suits their advancement.

Christians are to speak out (to call the media’s attention to what matters) and to live out (to lead by example), which is why, as Wright says, the church has historically been focused on caring for orphans and widows, and building hospitals and taking in refugees.

Rowan Williams’ Faith in the Public Square can be seen as something of a companion volume to Wright’s book. Whereas Wright highlights the biblical and theological justification for faith in public, Williams shows how it might play out in practice.

In his book Williams shows how and what Christians say and do in public is often difficult, attracting criticism from within and outside the church for jumping headlong into complex, controversial issues. But he argues that it is a necessary leap, not only to influence public opinion on particular issues, but to point out in these confused times just where and why the church has a place in public conversation and action.