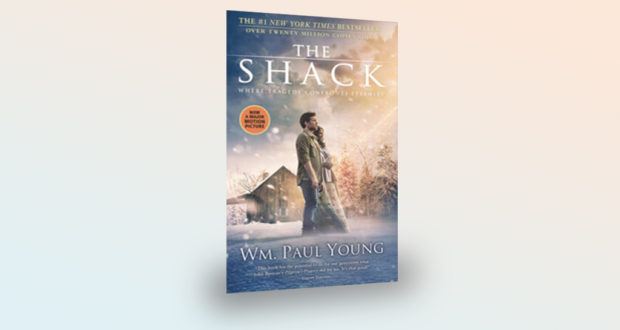 William Paul Young’s novel The Shack became a mega sensation after solid word-of-mouth from America’s Christian community transformed it from a little-known novel from a tiny publishing outfit (operating on a shoestring marketing budget) to a USA Today best-seller. With the film adaptation—featuring Hollywood stars Sam Worthington and Octavia Spencer—about to hit Aussie cinemas, Rodney Eivers reviews the 2008 book that launched Young’s career.

The Shack is an intriguing book. On just about every page it raises questions which provoke thought. It is the sort of book I would love to chew over in an analytical Christian study group or in one-on-one conversations particularly with someone exploring Christian faith.

The author is innovative in many of his illustrations: he sets up an allegory, depicted in a fantasy, which he weaves around the protagonist’s response to the tragedy of his murdered child.

He has clearly attempted to universalise the appeal of Christianity by, for instance, making a strong point about ignoring, or even highlighting racial and gender differences. Homosexuality does not get a mention though there is plenty of male-to-male hugging and intimacy. The exclusiveness is still there, though to some degree. I suspect that a great many people of the world would read some degree of Christian arrogance into the statement on page 194, “Creation and history are all about Jesus.”

At another level the writer is highly conservative. He accepts holus-bolus and very firmly an orthodox view of Christian doctrine. A central theme of the book is the Trinitarian formula. That is, the interaction between the persona representing God the father, Jesus the son, and the Holy Spirit. Sophia, (wisdom) does, however, also get something of a look in.

Forgiveness plays a key part. I have no quarrel with this and, indeed, find it highly commendable as being, for me, at the heart of Jesus’ gospel of unconditional love.

That is why it puzzles me that Young and all those who adhere to the orthodox road find anything attractive about the doctrine of substitutionary atonement. This—although that term is not used as such—is another aspect of orthodox Christianity which is highlighted throughout The Shack.

This understanding of the gospel was developed by St Anselm in 1197 and permeates our liturgy, our hymns, the Christmas story and so much else of traditional doctrine. We acknowledge this every time we claim “Jesus saves”.

The idea is that God became so angry with Adam and Eve for disobeying him in the Garden of Eden that he (or she) felt it necessary to punish humankind. The most effective way to do this would be to have them kill someone who was a very good person. That very good person turned out to be Jesus whom people, from the time of Paul onwards, came to regard as a supernatural Son of God. When humans had killed this good person, God said, “Because you have killed him [or as some theologians argue, we human beings gave him to God to be killed] I forgive you and now I will let you live forever more.”

Like theologians down through the ages Young uses some rather convoluted reasoning to link this theology of wrath with the murder of the young daughter of the hero of the book.

Some readers, like me, will see some contradiction in explaining how a God, so keen on punishment, is set up by us as an ideal exemplar of forgiveness.

At one point, the author seems to be recognising the way the church has deified the human Jesus. The Jesus character in the book declares, “Who said anything about being a Christian? I am not a Christian.” He then goes on to list the wide range of people who are drawn to him. To my mind as a progressive Christian, however, the value of this revelation is nullified by the emphasis on attachment to the messenger (Jesus) as against attachment to the message (of unconditional love).

This is all done through the highlighting of the divine “relationship” as against “rules” in the Christian life. All very commendable, but from what I know of the struggles and let-downs that people have experienced in seeking to have a fulfilling relationship with a somewhat amorphous supernatural entity I would prefer the gospel to focus on our loving one another at a real and natural human level.

In summary I would recommend The Shack as highlighting in a readable and gripping way some of the questions which Christians need to be able to explain. Anyone not immersed in Christian orthodoxy and seeking to explore the nature of God might, however, find confusion in Young’s exploration in the novel.

Rodney Eivers is a member of the Acacia Ridge Uniting Church congregation and chair of the UC Forum. He seeks to nurture people’s faith and understanding of the scriptures, for the 21st century, through their wider reading and thinking.