Home > Scoop > The Fault in Ourselves: Trump, the Media, and the Modern Malaise 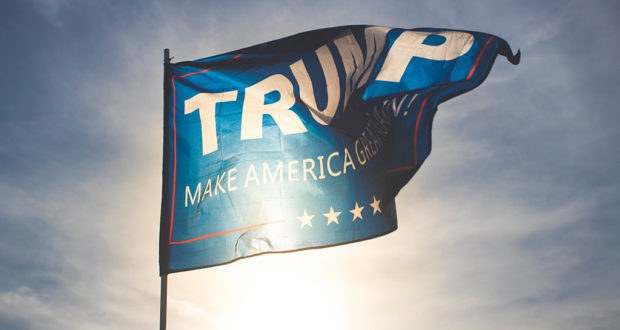 Trump, the media and our modern malaise. Photo: Supplied

The Fault in Ourselves: Trump, the Media, and the Modern Malaise

Donald Trump’s presidential win shook the foundations of the global political establishment and forced much contemplation about how his brash, America-first campaign successfully connected with many voters despite the torrent of scandals surrounding him. Scott Stephens examines the media’s role in the US election and the “fake news” hysteria generated in the wake of President Trump.

If there is one thing for which Donald Trump cannot be forgiven, it is the way his inept, blundering, paranoid presidency has afforded the news media a kind of heroic status to which it is no longer entitled.

During his candidacy, Trump was like manna from heaven for the media: Trump and his scandals consistently delivered mainstream coverage of his campaign millions of clicks and his presidential campaign itself hundreds of hours of free airtime.

While the media doubtless believed that Trump was so unelectable that the disproportionate attention it showered on him was benign, that their coverage was a mere dalliance with a modern political “freak show”, little did they realise they were being played. Trump both understood and exploited the pressures on the media in a click-and-share economy better than any politician in recent times.

Now, during his presidency, the very media that aided and abetted his rise to power cries foul over the corrosive effect of so-called “fake news” and promotes serious journalism as the indispensable custodian of democratic principles.

But this simply will not do, for mainstream media companies themselves have created the conditions of possibility for the emergence and indistinguishability of “fake news” by their sensationalist framing of stories and promiscuous intermingling of news with entertainment, trivia and sheer banality—all in the name of pandering to what “works” on social media.

To put bluntly, “fake news” is only possible because of the tabloidization of news in general. The problem isn’t fake news, but feckless news.

The presidency of Donald Trump has breathed fresh life to the paranoid predictions of George Orwell: that the real threat to our political life will come in the form of authoritarian politics and a censored media. In fact, it was Aldous Huxley that discerned matters more clearly: why censor the truth when you can simply bury it in trivia?

Trump has quickly become a kind of political fetish, a convenient scapegoat for the more systemic malaises in and of our common life. But such a diversionary alibi only has purchase because the modern media has long lost the capacity to produce and nurture clear-sighted civic sentinels like Edward R. Murrow, who famously reminded his audience in 1954 that Joseph McCarthy’s rise and reach wouldn’t have been possible without the complicity of the public and the press: “He didn’t create this situation of fear; he merely exploited it—and rather successfully. Cassius was right. ‘The fault, dear Brutus, is not in our stars, but in ourselves.’”

Scott Stephens is the editor of the ABC’s Religion and Ethics website, and specialist commentator on religion and ethics for ABC radio and television. He presented two series of the critically acclaimed “Life’s Big Questions” program for Compass on ABC1, and has been guest presenter of Conversations with Richard Fidler on ABC local radio. Before joining the ABC, Scott taught theology, ethics and Semitic studies for many years.

Scott Stephens will explore Trump and the media at the next Trinity Unplugged event on 5 June, 7–9 pm at Trinity College Queensland. For more information visit trinity.qld.edu.au/trinity-unplugged-idiot-wind-trump-media-modern-malaise