No relief but legal grief for Texan churches

Christian Post reports on the decision of three Texas churches to sue the Federal Emergency Management Agency (FEMA) after they were denied aid following the devastating Hurricane Harvey hit the Lone Star state.

FEMA’s official policy is churches and other places of worship are barred from receiving aid due to the nation’s position on the separation of church and state. This has not been the first time the policy has caused controversy: when Superstorm Sandy struck New York in 2012 people also questioned whether churches should be denied aid.

The Economist has news of the latest findings by the National Centre for Social Research which finds that the “share of Britons who call themselves Anglican has plunged from 40 per cent in 1983 to 15 per cent last year”.

This conforms to the general trend of increasing numbers of Britons claiming no religion, who sociologists refer to as “religious nones”. But it is not all doom-and-gloom for Christianity in Britain: 40 per cent of Britons still call themselves Christian.

The Guardian reports on the controversy surrounding a television advertisement for lamb consumption which features images of religious icons from multiple faiths. Hindu and Anglican representatives have declared the advertisement “insensitive” and “disrespectful” with the Hindu Council of Australia calling for its banning.

The advertisement was an attempt to demonstrate that anyone can enjoy eating lamb regardless of their cultural or religious background, but it has already received 30 complaints to the Advertising Standards Board.

Melbourne Anglican bishop Philip Huggins said, “The advertisement is cleverly disrespectful. It seems that for an ad to stand out there has to be some bizarre or shocking component. Otherwise the fear is it will not be noticed.”

The Times of Malta reports on supermarket company Lidl who apologised this week for airbrushing images of Christian crosses out of food packaging. The packets for Greek-themed Eridanous products (olive oil, spice mixtures and pastries) show Santorini’s domed churches but the company airbrushed the crosses which sit on top of the structures out of the picture.

The German company later released an apologetic statement which promised to revise the design as soon as possible. One Facebook commenter on Lidl’s social media page suggested, “We should all take pens into our local stores and draw crosses on the products!” 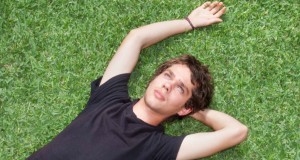 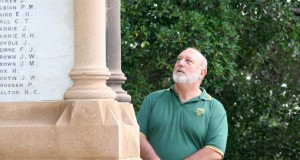