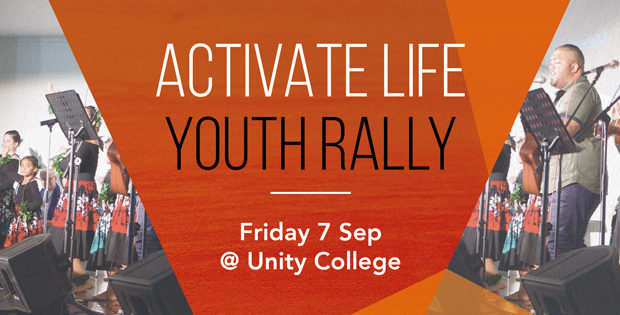 A new ecumenical initiative is bringing young people together on the Sunshine Coast to connect with their faith through music and exciting guest speakers. Journey reports on Activate Sunshine Coast (ASC) and what gives it the “X Factor”.

It started with a simple proposition: why couldn’t the Sunshine Coast regularly hold youth rallies for the state’s Christians to connect with their faith and other like-minded young adults?

Phil Smith and Cortney Claridge from the Unity College campus ministry team sensed an opportunity and soon gathered a small team of ministers, youth workers and school chaplains to answer that call which coincided with Pope Francis’ designation of 2018 as “Year of Youth”.

“These kids need their faith stoked by knowing they belong to something much bigger,” says Cortney. “Relationship and community is something that has always been a means of introducing people to Jesus, and this is what the youth rally embodies.”

ASC’s first event—Activating Joy—was held at St John’s College Nambour in April and attracted 200 young people from across the state, including participants from Hervey Bay, Kingaroy and Brisbane.

The Emmanuel Worship Band were there to provide the music and attendees were treated to ministry from Father Rob Galea who shot to fame after appearing on the hit television show The X Factor. Rob’s appearance was an inspired and inspiring choice, and the youth certainly responded positively.

“The young people were amazed by how Father Rob was able to live a life for Christ whilst still doing everyday things such as YouTubing, going to the gym and most of all performing,” says Cortney. “It allowed a lot of young people to see that living a faith-filled life isn’t something that takes you away from the everyday, it’s something that adds to your life.”

Music is a central pillar of the Activate experience and Phil is keen to expand on the important role music plays in these events.

“Music has been a part of the shared faith experience since King David’s day and before,” says Phil. “Whether it’s young Salvos playing in a brass band, singing in a choir or listening to Hillsong or Spotify, we hear the good news in a way we enjoy; the gospel in musical form touches our hearts as well as our hands, and gets our feet tapping.”

Cortney adds, “Everyone loves music and the way in which they can enter into study, meditation, mental preparation for a sports game or even relaxation with it.”

The next event—scheduled on 7 September at Unity College in Caloundra—promises a night of music and fun, but already plans are underway to keep the momentum going in 2019.

“We would like to see this develop a life over many years: a twice-a-year gathering, open to all schools and moving around the 16 Christian schools on the Sunshine Coast,” says Phil. “Ultimately senior students should be running it. The first in 2019 will be at the Baptist’s Glasshouse Christian College.”

For more information or to book tickets for the next Activate Sunshine Coast event visit trybooking.com/book/event?eid=384483 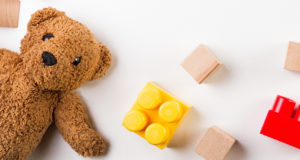