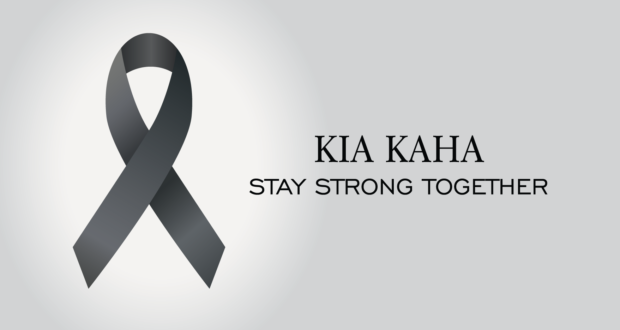 “Hope has two beautiful daughters—anger at the way things are, and courage to see they do not remain that way.”
–Augustine of Hippo

Interested in theology and climate change? Then here are a couple of events for you! Both feature Dr Mick Popo meteorologist, theologian and writer. Firstly on 5 April from 6.30pm to 8pm, an evening of wine, cheese and good conversation: Love your neighbour: Faith & climate change. Then a workshop on 6 April from 10am to 1pm: Climate Justice & Nonviolent Direct Action.

Confessions in the wake of tragedy

Retired Uniting Church minister Rev Bruce Johnson struggled to make sense of his internal responses in the days following the Christchurch tragedy. Feelings of empathy and horror, but also something deeper…

Taking care of your mental health after Christchurch

The shocking attacks on Christchurch mosques will result in a variety of effects on people, from those who were present or suffered loss, to those who were distressed by hearing about the events or watching them on television. For some people memories may be triggered of past traumatic experiences in their own lives. What are the risks and how do you cope with the trauma? This article may be of assistance.

Tackling family violence in Argentina – a solution for Australia?

This 11-minute podcast explores the Argentine approach to the needs of survivors of gender violence. In Buenos Aires there are 128 Women’s Police stations, staffed by 2,000 female police officers. They provide support and links to counselling, housing and even have childcare, as well as investigating cases of family violence, and run preventative and education programs. Could this approach work in Australia?

Julie Perrin, Associate Teacher at Pilgrim Theological College in Melbourne reflects on what happens when someone intentionally just says hello to the people they come across; why we are uncomfortable with that, and what it might mean to people who live with difference.

Governments “failing” young homeless people: On any given night in Australia, around 40,000 young people under 25 are homeless. This is a staggering figure! One suggestion is to raise the age of leaving foster care from 18 to 21 years; this would save millions of dollars each year in NSW alone, and halve the rate of youth homelessness.

Gender gaps – Mission Australia’s Youth Survey 2018: This report uncovers substantial differences in female and male aspirations, values and concerns, as well as their understanding of safety and trust. A series of recommendations is offered. A useful report for those involved with young people.

National report card on youth homelessness: This highlights the 10 “must do” strategic areas for action and rates the progress made on each of them: * little progress, ** developing, *** advancing and **** established. Very interesting reading.

How do you engage with Indigenous Australia?

If you’re non-Indigenous, there’s a good chance you don’t do much except follow the news, and that news is often bad. Do you just slip into a state of helplessness and apathy, convinced that nothing you do will help, scared to try in case you end up doing the wrong thing? It’s a common experience. Shannon Dodson, who is on the national NAIDOC committee, has made a list of ten positive ways to get engaged.

Most of us love to give and receive Easter eggs. But did you know that you may be unintentionally aiding the opposite of love, generosity and compassion? Many chocolate products are made through acts of exploitation and abuse. Baptist World Aid offers these three suggestions.

Cyclone Idai has left a trail of devastation in southern Africa with countries like Mozambique, Zimbabwe and Malawi affected by this devastating event. While the full extent of the damage will not be known for months, if ever, it is estimated that 2.6 million people have been impacted with many buildings destroyed and thousands killed or injured. There is terrible risk of diseases like cholera and typhoid, as water pipelines have been cut and the damage to critical infrastructure like roads means food aid has to be air lifted in, meaning many are stranded. Act for Peace has initiated an appeal to raise urgently needed funds to assist the people of Zimbabwe to survive, recover and rebuild their lives and livelihoods. Can you help?