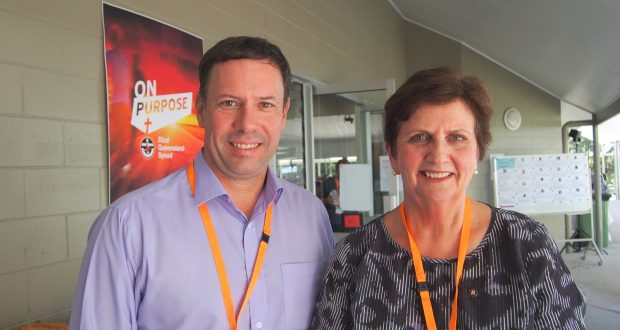 For an organisation driven by God’s love and altruism, yet existing in an environment of market competitiveness and immense financial responsibilities, UnitingCare Queensland’s reconciliation between their spiritual aims and capitalist surrounds is still a key issue.

“Obviously there is significant change within society itself. Government policy changes and changes in the marketplace are having significant impact on organisations providing community services and health services in Australia presently,” said Craig Barke, chair of the UnitingCare Queensland board.

“We are responding to those changes and holding on to the mission which has been provided to the organisation with an endeavour to remain financially sustainable over the long-term.”

UnitingCare Queensland CEO Anne Cross detailed the organisation’s future plans including the implementation of revised service models, consolidation and leveraging of the investments that have been made in their hospitals, strengthening their presence in major regional centres with an integrated range of aged care services and consolidating sites where possible.

“This recognises what the Uniting Church has contributed to Queensland communities through Blue Care for over 60 years—many of you here are part of that story.”

As a result of this achievement, all of Blue Care’s historical documents and a number of short films made about Blue Care reside permanently in the Queensland Hall of Fame in the State Library.

During the Q&A component of the presentation, Rev Kaye Ronalds enquired about UnitingCare Queensland’s procedures during closures of nursing homes, drawing attention to the short notices that often accompany private facilities.

“When we announce a closure we always put in additional staff and support around all of the people and we don’t actually close a service until everyone is relocated, so we don’t put a timeframe on that.

“We put in additional support so that each person and their family can work out what the plan is for them; some of them will say, ‘I want to go to another Blue Care facility’, some will be happy to look at other ones in their local area, and we’ll of course then work with those providers around vacancies that might occur there. The process is one that generally we have tried to handle with additional support and a lot of extra capacity.”