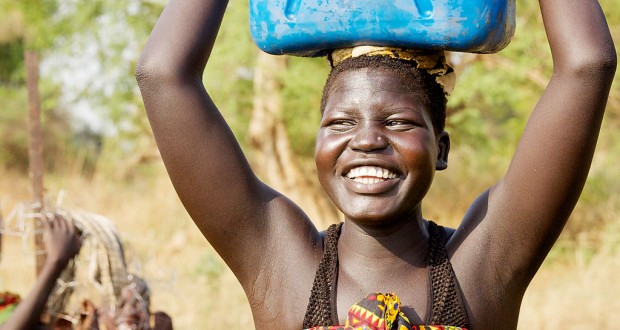 Kama and her daughter collect water from a water point in Akula community in Gambella, Ethiopia, that is hosting over 1600 refugees of the Bruer ethnic group from South Sudan. Photo: Supplied

Giving the gift of clean water

Every Christmas the National Council of Churches’ international aid agency Act for Peace runs the Christmas Bowl Appeal to support people around the world living through conflict and displacement. Journey reports.

“Nothing could have prepared me for the shocking reality facing refugees living in Akula camp,” says Delphine Vuagnoux, who coordinates the Christmas Bowl appeal for Act for Peace.

“Walking into Akula on the border of Ethiopia and South Sudan I was immediately aware that the refugees living there had next to nothing.”

Akula is the location of one of Act for Peace’s international programs and is the focus of this year’s Christmas Bowl appeal.

“This year we are hoping that the combined effort of churches around Australia will make a huge difference to the lives of South Sudanese refugees and other people in need,” says Delphine.

After decades of conflict in surrounding countries, Ethiopia is now host to more refugees than any other country in Africa. As one of the world’s poorest countries, they are struggling to cope.

Akula camp is home to South Sudanese refugees who have fled ongoing civil war to find a better life for their families.

“One of the largest problems facing refugees in Akula is a lack of water, sanitation and hygiene,” says Delphine. “There are no toilets and just one working water pump.

“People are forced to go to the toilet out in the open. The lack of water means that there is no way for people to wash their hands and deadly diseases are spreading rapidly. Children are particularly at risk from these diseases including one young boy I met named John.”

John is an eight-year-old boy who caught Hepatitis E from unclean drinking water.

“I remember very clearly John being too weak to move and the desperate worry his mum, Tuskur, had that he would die.

“Meeting refugees like John was an experience I will never forget. What stayed with me the most was how simple it was to fix the problems they were facing and to finally give these caring people a chance at a safe and dignified life.

“I hope sharing my story will encourage people to once again be involved in the Christmas Bowl appeal.”

Last year members of the Uniting Church in Queensland raised more than $142 000 as part of the Christmas Bowl that supported Burmese refugees and communities around the world.

“Love is at the heart of the Christian faith. The Christmas Bowl is a bowl of love, at the centre of our gatherings in homes and communities,” he says. 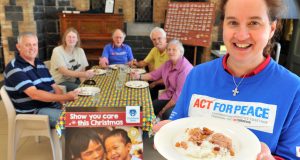 Filling the Christmas bowl with generosity