Home > Agency News > Signs of hope after the deluge 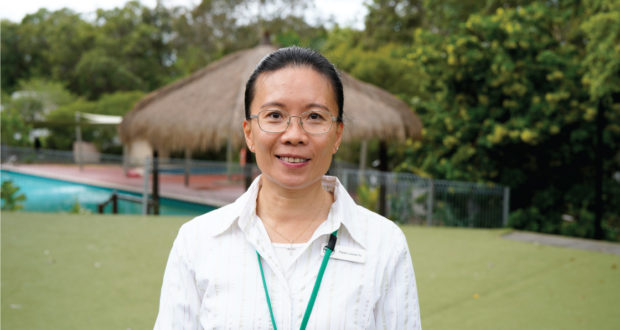 Signs of hope after the deluge

Louisa worked as a Red Cross volunteer after the 2004 tsunami in Sri Lanka and the 2008 earthquake in Sichuan, China, as well as experiencing the 2011 Brisbane flood. She’s also a candidate for the ministry of deacon in the Uniting Church.

“I’ve been reflecting that God is always calling me to be out in the community. When the suffering community is out there, then I’m willing to go,” she says. Louisa was on the plane the next day.

She spent two one-week stints in Townsville in the Lifeline Community Recovery Team before heading west to Cloncurry to reach isolated properties near Julia Creek, Richmond, and Hughenden. In early April she worked in Cloncurry, Winton, Corfield and Opalton.

“It’s eye-opening for city dwellers like us because the landscape is so vast, the damage so widespread,” says Louisa, describing the devastation of drought-stricken properties and extensive stock losses.

“They have kilometres and kilometres of fencing to fix before they can bring cattle in, that’s the most urgent task.”

“We call this ‘the holding space’, when we are there to listen and acknowledge their feelings,” she says. “You can’t provide a quick fix or give them a million dollars but just being there and explaining that we are here to support, and that help is available out there like Blaze Aid—we point them to little glimmers of hope and help them think through what they can do in the short term.”

Although reeling from the scale of the losses and the huge job ahead, Louisa says many people were reluctant to accept the vouchers offered by the crisis support officers.

“Initially a lot of our tough station owners are resistant to outside help; they say there are people who are worse than them out there. That actually brought tears to my eyes; there was this devastation in front of me and these beautiful people. They tell me, ‘Is there a bucket big enough to help everybody? I’m okay, leave it for others’.”