Home > Features > Christ in the classroom 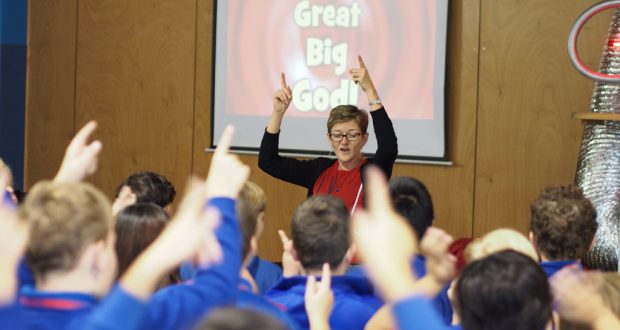 Christ in the classroom

In early June, religious instruction (RI) at Windsor State School in Brisbane’s north was suspended for the third time since 2014.

Principal Matthew Keong wrote to the school’s RI coordinator saying he had reviewed the RI program being used, the Connect program, “and found that it contravenes policy that prohibits proselytising”. Proselytising in RI is defined by Education Queensland as, “soliciting a student for a decision to change their religious affiliation”.

The Windsor RI coordinator says they were not aware of any complaints from a parent whose child participates in RI.

As in many schools, RI at Windsor is conducted under a cooperative agreement signed by many local Christian churches. Matthew gave the RI coordinator four pages of “examples of proselytising found in Connect”. Legal opinion provided to the Queensland Christian Religious Instruction Network disputes this claim.

Education Queensland’s Religious Instruction Quality Assurance task group member and Indooroopilly Uniting Church minister Rev Dr Elizabeth Nolan insists that *the majority of the principal’s examples were never used at Windsor State School (an Independent Public School) and most were from an old version of Connect.

“The current principal … had suspended RI in 2014 and again in 2015 saying he wanted to review curricula,” says Elizabeth. “As per the legislation, it is a principal’s right to review programs being used but not to determine them.

“We have been told the principal insisted on a change from another curriculum to Connect.”

Caught in the Act

After a referendum, the Education Act was amended in 1910 to permit religious instruction in state school buildings during school hours. In accordance with this, religious leaders approve the program of instruction to be used by their accredited representatives as instructors. Queensland has always been open to different faith groups providing RI.

As this edition of Journey goes to print, Queensland Education Minister Kate Jones MP is reviewing Connect for use in state schools.

Queensland Synod moderator Rev David Baker along with other heads of Christian churches or their representatives met with the Minister about the review.

“There is a legislated ability for religious groups to provide instruction to students whose parents have requested it,” says David.

“We affirm the current policy. We affirm the opt-in nature of the policy. Our concern is that in the Windsor State School example, the policy has not been followed and in removing the program, choice has been removed from parents,” says David who until recently taught RI in state schools for 25 years.

David says religious instruction in state schools “informs children on probably the most fundamentally formative mythic story of Western civilisation: that is the Judeo-Christian tradition”.

According to David, RI also helps inform students about caring for the environment and other people, and that their worth is not linked to worldly possessions.

Perhaps the larger issue is whether one group (religious or not) should be able to dictate what others access optionally in school time.

The case against RI

Queensland Parents for Secular State Schools (QPSSS) spokesperson and Windsor State School parent Alison Courtice has been a vocal opponent of RI in state schools and the Connect program.

She says QPSSS is part of a movement to remove RI in state schools, and gave a talk at the Australian Humanist Convention in Brisbane in May entitled Religious instruction in Queensland state schools: the dinosaur in the classroom.

“We have certainly been inspired by what has been achieved in Victoria,” she tells Journey, referring to the removal of RI in Victorian state schools. “There no longer is a place for it [religious instruction]. This legislation is 106 years old and it was controversial back when it was passed.”

Despite a thorough review of the Education Act in 2006, RI was endorsed to remain within it.

The QPSSS Facebook page says the “segregation of children according to their religion does not foster the inclusiveness and respect for diversity needed in our multi-faith and multicultural society”.

“Our solution is take RI out of state schools,” says Alison. The QPSSS wants to replace it with a government approved and taught curriculum about religious and non-religious belief systems.

Elizabeth Nolan says, “The national curriculum designers in 2010 declined to attempt this because it would be too difficult to get agreement, whereas RI allows for religious freedom.”

Alison argues the opt-in process during student enrolment is problematic and widely varies from school to school, and that parents need to be more aware of what the RI program entails.

“Mainstream Christian churches aren’t that interested in going into schools and providing religious instruction anymore,” she says. “The programs that are used, for example Connect, have come about because ministers are not taking as much notice at what is in these programs these days because they are, on the whole, not going in themselves.

“We have no difficulties with anybody wanting to follow their religious or non-religious beliefs, everybody has that right, however there are plenty of opportunities for families to take care of their own children’s religious instruction in their own time.”

Once more, with feeling

Redcliffe Uniting Church minister and Queensland Christian Religious Instruction Network spokesperson Rev Paul Clark says QPSSS is “one particular group trying to define what everyone gets when it comes to religion or no religion”.

“What we have in Queensland is a very pluralistic, sophisticated system where no one decides what everyone else believes.

“QPSSS’ arguments don’t hold water. Their criticisms could easily be fixed with some improvements in the current system; they don’t justify a wholesale removal of what we have.

“That is what is so sad about what we are seeing here because the group that are saying ‘we want to move forward into the future’ are actually taking us back to a time where one group determines what everyone else has an opportunity to think and hear.”

Paul says he hopes the current media attention and issues at Windsor remind churches of the importance of quality RI programs and resourcing needs.

“I’m hoping that it puts some impetus back into RI but also that it makes the Department of Education and the church very clear on what the guidelines are.”

Oxley State School in Brisbane’s west is one place where RI happens in a different way.

A program is provided once a term with two sessions conducted: one for the lower grades and one for upper primary and has been running for around eight years. Oxley Uniting Church Youth, Children, and Young Adults Pastor Ken Acworth says the response from children and the school has been good.

“They are very engaged,” says Ken about the children. “I think the school appreciates that it is not a disruption every week.”

Ken says that the children’s parents have opted them into RI and it may be the only opportunity they have to hear the Christian story.

“Their parents must think … ‘at least they are getting some kind of religious instruction’.”

“If we are to be doing values education with children and trying to develop a harmonious society, we need to be looking at the core beliefs that drive the values that drive attitudes and behaviours,” says Elizabeth.