Home > Features > Experiencing God within: Insights from a depth psychologist 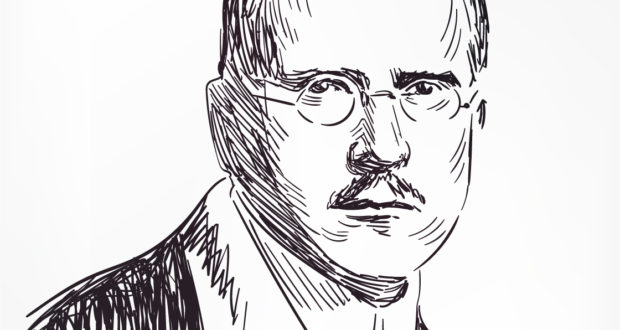 Experiencing God within: Insights from a depth psychologist

Alongside Sigmund Freud, Carl Gustav Jung is considered one of the pioneers of psychoanalysis, but unlike Freud was far more sympathetic to religion and its place within society. Rev Dr Neil Pembroke explores Jung’s relationship with Christianity and the soul.

Carl Jung (1875–1961) was a Swiss psychoanalyst famous for his innovative development of the pioneering work of Sigmund Freud. Jung also had a lifelong interest in spirituality.

When it comes to Jung and the Bible, it’s a mixed bag. Quite a few of his insights integrate well; others take us into some strange places from a biblical point of view. For Jung, the place where we encounter the living God is the psyche (mind/soul).

Because he was a psychoanalyst, the psyche was the central focus in his theory and practice. Against those who said that it was not a real thing, but just something associated with the nervous system or brain (an epiphenomenon), he argued that it is a phenomenon in its own right. It is not so much that humans have a soul or psyche, but rather that they participate in psychic reality. The soul has autonomy and independence. Indeed, for Jung it is more the case that rather than a person having a soul, the soul has her or him.

“The individual imagines that he has caught the psyche and holds her in the hollow of his hand,” writes Jung in Collected Works (“Psychology and Religion”). “He is even making a science of her … In reality the psyche is the mother and the maker.”

For Jung, then, the soul has a high place and value in human existence. It is the very life and essence of the self, a domain of creativity, the seat of value-making, and the generator of religious feeling. “The soul possesses by nature a religious function … But were it not a fact of experience that supreme values reside in the soul … psychology would not interest me in the least, for the soul would then be nothing but miserable vapor.” (Collected Works, “Introduction to the Religious and Psychological Problems of Alchemy”)

It’s interesting to note that there is a basic affinity between the way Jung and the biblical writers approach the soul (this is perhaps not surprising, given that Jung’s father and two of his uncles were Swiss Reformed pastors). Biblical scholar Wayne Rollins states in Jung and the Bible that, “For readers of the Scripture, it is noteworthy that the New Testament concurs with Jung at most points on the nature and significance of the psyche/soul.”

Jung contends that religious ideas emerge from an inner encounter with the transcendent. He refers to religion statements as “psychic confessions”. Jung is very familiar with dreams making an entry into a person’s experience uninvited and unannounced. He also knows about the experience of the painter, poet, or musician taken over by a sudden burst of inspiration. When Jung comes to the Bible and reads of a people who come under the sway of the spirit of God and are grasped by a vision, a command or commission, he is therefore not in the least bit surprised.

In the Scriptures, it’s assumed that a person can become seized by a “word” that transcends their conscious knowledge or intention. The phenomenon is described in various ways: as the “Word of the Lord”, “the breath of the Almighty”, a “voice from heaven”, or most commonly as the “spirit of God” or the “Holy Spirit”. The way Jung approaches this phenomenon is to connect it with dreams and waking visions that arise spontaneously and autonomously from the unconscious. In Answer to Job he talks about it in this way:

“Ideas of this kind are never invented, but enter the field of inner perception as finished products, for instance in dreams. They are spontaneous phenomena which are not subject to our will, and we are therefore justified in ascribing to them a certain autonomy. They are to be regarded not only as objects but as subjects with laws of their own … The tremendous effectiveness … of these images is such that they not only give one the feeling of pointing to the Ens realissimum [the most real thing or God], but make one convinced that they actually express it and establish it as a fact.”

For Jung, the psyche/soul is the place where the divine and the human meet. Classical theology rightly refers to the God who is wholly other, existing outside our temporal realm (divine transcendence). From beyond, or from “on high”, God addresses God’s people. Jung’s attention is on the other side in the theological tradition, namely, the experience of the God within (divine immanence). In this tradition, God touches and leads the human soul from within. When Jung says that “it would be blasphemy to assert that God can manifest [Godself] everywhere save only in the human soul”, he’s aligning himself with an important, but sometimes overlooked, biblical and spiritual tradition.
John talks, for example, about the indwelling Paraclete; Paul refers to the Christian as God’s temple in whom God’s spirit dwells; and Meister Eckhart, the 13th century Dominican mystic, holds that “God must be born in the human soul”. While holding to the doctrine of divine transcendence, Jung reminds Christians to expect a life-transforming encounter with God deep within the soul.

Rev Dr Neil Pembroke is a Minister of the Word and Associate Professor of Christian Studies at the University of Queensland.