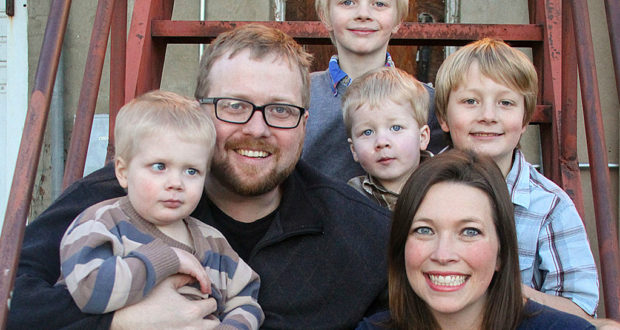 They are an integral part of popular culture and a multi-billion dollar industry but video games have largely shied away from religion: from the earlier years of Super Mario, Sonic the Hedgehog and Pac-Man to the current crop of Call of Duty, Pokemon and Grand Theft Auto, Christianity has rarely featured in a substantial or meaningful way. Things might be slowly changing though as Jonathan Foye discovers.

Situated on the cutting edge of technological innovation, videogames have untapped potential to explore and discuss faith issues. While often neglected in the past, a small group of Christians who work in the industry are taking up the challenge of meeting this potential.

Jason Imms is a freelance journalist who has written about games for publications such as Hyper, Kotaku, and Gamespot. He has also worked to support the industry in his native state of Tasmania. While describing the games industry as “startlingly inclusive”, Jason says that, in his experience, “Christians are few and far between—or at least very quiet about their faith.

“Discussions of faith or spirituality in general are hard to find within the games community,” Jason says. “I’m not really sure where that comes from, but the result is a general atheist or agnostic overtone to games conversations, and the games themselves.

“When religion does come up in games, it’s usually a superficial look at the subject, or treated with a general contempt. Often religion is used by characters in games as an attempt to make sense of the world around them, as a replacement for critical thought or scientific analysis and study.”

A 2012 study carried out by the University of Missouri’s Greg Perreault would appear to confirm that videogames problematise religion as a topic. Looking at Final Fantasy 13, Mass Effect 2, and Assassin’s Creed, Perreault found that these titles tied faith to violence.

This approach to faith may carry over to the way that games depict their protagonist characters. “I can’t think of even one example of a character in a video game from recent memory who held an evidence-based faith of any kind,” Jason says.

The apparent lack of genuinely relatable Christian protagonists may be changing, however, as games continue to advance in their storytelling capabilities.

One game that demonstrates the medium’s potential to explore faith well is That Dragon, Cancer. An autobiographical game, the title takes the player through Ryan and Amy Green’s experience of losing their son Joel, who passed away in 2014 after a four-year battle with the disease.

Praised in reviews for its raw honesty, That Dragon, Cancer does not shy away from the Green’s Christian faith, which is referenced throughout its storyline and gameplay mechanics.

For the family, Joel’s life was a miracle that they wanted others to experience through their eyes. According to Ryan, the games medium gave him the opportunity to achieve this.

“You can create this world and ask the player to live in it and love what you have created,” he said.

In an interview with the Game Church podcast, Ryan likened the process of finishing That Dragon, Cancer to that of “a mission”.

While not intended as an evangelistic game, That Dragon, Cancer sparked discussion about faith in the gaming press and wider industry, with The Guardian’s Keith Stuart praising this facet. “That Dragon, Cancer is inescapably a game about Ryan and Amy’s Christian faith, which could easily have been alienating to those of us who are not religious,” he writes. “However, the message imparted by the game can be universally understood.”

In the Game Church interview, the game’s co-creator, Josh Larson, said that the game had opened avenues for dialogue with all sorts of people.
Jason Imms indicates that he would like to see more conversations about gaming and faith take place. He cited the PAX panel on video games and spirituality as another example of when the industry had previously provided such an opportunity.

“I was honoured to join in on [the] panel discussion on spirituality and religion in video games during PAX Australia a few years ago. I was fairly nervous going in, but was shocked at how respectful and valuable the resulting conversation between panelists and the audience ended up being,” Jason said.

“I’m so used to conversations about religion taking a hard turn for the worse,” he continued.

“Being in a room with 200 people holding various faiths and worldviews, critically discussing how games fail to serve this important aspect of being human (was) staggeringly heartening.”

Jonathan Foye is a freelance journalist and academic. This article originally appeared in Insights magazine.