Home > Features > Get the dirt on church planting 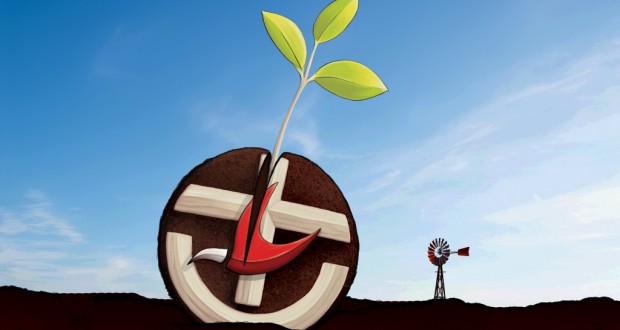 Get the dirt on church planting

There was something different about the 31st Queensland Synod in Session. While synods are usually fairly sedate—sometimes even ponderous—on 14 and 15 October 2014 members of Synod raced from room to room talking excitedly in groups about the future of the Uniting Church. There was a sense of urgency as the members used open space processes to hash out action outcomes to address the question, “Our church is on life support, what’s our call now?”

Eight action outcomes were identified as being essential to fulfilling the call of the Uniting Church into the future. The top three were all about outreach: making worship welcoming to non-Christians, making faith sharing a priority and church planting.

Silicon Valley entrepreneurs like to talk about “disruption”. Disruptive companies upend business-as-usual in a marketplace by reaching previously overlooked customers or providing services in brand new ways. The go-to example is Uber, which has overturned the conventions of the taxi industry by providing transport services without actually owning any vehicles.

Church plants are obviously not new, but they could hold the key to unlocking modes of outreach that have been largely overlooked by Christian denominations in recent decades. While all congregations can share faith and make their worship accessible to people outside of “church world”, planting new churches is arguably the most direct way to disrupt old patterns and serve new people in new ways.

“It has no history and therefore no baggage,” she says, adding, “Whatever the Ripley community ends up looking like, it will never be on its own because it comes from a family and a tradition that’s larger than itself.

“It’s an experiment to re-vision the church and be able to hold both together—the tradition as well as doing something new.”

When talking to church planters the same themes come up again and again: that church needs to be relevant to the community, and that a church needs to exist for a reason other than maintaining itself. After all, Australian society is already being disrupted in many ways. Perhaps, they say, the church needs to change too. Church planting is not a case of “build it and they will come”—the focus is on adapting the traditional worship model for new contexts.

Rev Orrell Battersby is campus minister with Newlife Uniting’s church plant in Pacific Pines, a growing suburb at the north end of the Gold Coast. He has been planting churches for 30 years and joined the Uniting Church five years ago.

“This is a new world we’re all experiencing right now which is very exciting,” he says.

“I know from experience that the church Jesus said he would build is not set up for maintenance, it’s set up for mission. You know, it’s Holy Spirit-inspired to have a focus other than itself.

“[The church is] not set up to be status-quo; it can’t do it. It’s not just set up to get through. It is only really set up to be mission, on mission, reaching people doing whatever it takes.”

But will the Uniting Church be willing to embrace the disruption to worship-as-usual? Orrell says he can see a shift in the conversation in his newly-adopted denomination.

“I’m very excited about the Uniting Church … We’re in a desperate position and that’s a great place to be.

“When you go to Synod and have open space and you come out with eight priorities that are all about creating a culture of church reproduction and evangelism and worship, you get very excited and go, this is it! God is moving!

“Church planting is still the best way to do it and it’s scary as. It’s desperate people who do it! They’re desperate to see the church turn around and see people coming into a relationship with Christ.”

Kath Hobson harks back to the “pioneering spirit” of Methodism reaching new people in new places.

“There’s that call to faith that the church should always be existing for outside of itself. I think there’s a sense that for a number of our congregations in Ipswich that we’ve probably become a bit stuck.

“Going back to Ipswich City Uniting Church, 167 years ago the pioneers came down the Bremer River and you know, planted in this area that only had a few houses in it and from there it’s grown.

“I think that’s probably what’s been stirring up in us as a congregation and me personally as well.”

A renewed focus on church planting may leave established churches feeling left out. Not everybody can start over in a new suburb, and traditional congregations also have communities to which they need to minister. But another project is already underway to revitalise older congregations.

Rodney Eivers from Acacia Ridge Uniting Church is part of the Milpara Project, developed to assist local congregations to become integrated with their local communities.

“I’m not talking about the church doing things in the community,” says Rodney, “I mean, you hear stories of that in Journey and so on all the time.

“I’m talking about the community getting involved in the church, right? Coming from the other direction so the community actually comes to feel that the church belongs to them, and they will work to support it.

Millennial mission to the millennials

“My senior minister was from a completely different generation to me, but he said, ‘I love [baby] boomers’. You could see him training us in leadership, loving us like a spiritual father and releasing that ministry to us. So when I was in my 20s I was planting a church.

“Why are we not doing that? We should be doing it with the millennials.”

Millennials are known for being ambitious and optimistic, and Orrell says they will be missionaries to their own generation.

It’s that kind of thinking which can lead to some serious innovation—and disruption.

“They will show us boomers what planting churches looks like in this context right now.”

Orrell says of Newlife Pacific Pines, “We’re getting the finance and the numbers and we’re happy with each other and we’re loving each other. We’ve become a family over four years.”

He suggests that the challenge for renewal goes far beyond creating a few new church communities.

“But if that’s it, we’ve failed. If all we do is pop out one church, well then what a waste of time! But the exciting thing is we can keep doing this.

“Are we now going to plant somewhere else?” 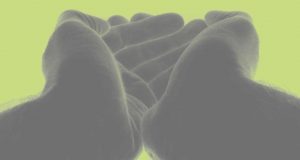 7 tips for planting a new congregation 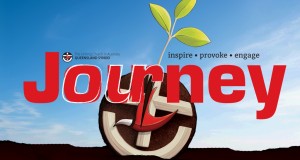 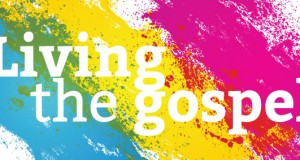 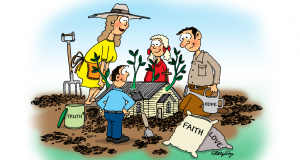