Home > Features > Keeping the faith through tragedy and triumph 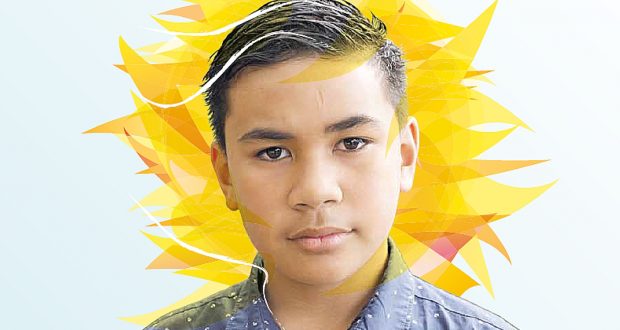 Keeping the faith through tragedy and triumph

Ten of the eleven victims slept soundly as fire engulfed their Slacks Creek home on a cold winter’s night in 2011. Five years on, Ashley Thompson visits the Lale family of Sunnybank Uniting Church to remember their loss and celebrate their future.

Often described as Australia’s worst house fire, the exact cause of the blaze, which ripped through the Lale and Taufa family home in Logan, south of Brisbane on 24 August 2011, still remains unknown.

While the 2014 Coroners’ inquest found no evidence the fire was deliberately lit, the only conclusive finding as to the cause was it originated from the home’s downstairs office.

Eight of the victims were aged 18 years or younger and only three men from the two Pacific Islander families managed to survive the devastating inferno.

“But when days go and I saw the love of God to us—that’s the thing that gives me strength.”

From vigils to overflowing community prayer services, hearts bled in unison as the Tongan and Samoan communities within the Uniting Church mourned. Shoulder to shoulder the community stood, lifting the family up in prayer.

“I can’t explain the love that’s been showed to us at that time,” says Sau. “Everything we need—we not ask but people they coming and giving to us … we just say thank you.”

Sau Lale left Samoa in 1974 to move to Christchurch, New Zealand where he met his wife Fofoga. After five years he decided to move to Brisbane because he had “always read in magazines about Australia”.

“I’m a boiler maker, so I rang up the North looking for a job and they offer me one. I found when I arrived in Brisbane it was a better life here,” says Sau.

Like many immigrants, Sau worked hard to find his feet in “the lucky country”, bringing with him a generational Methodism and solid faith he has since passed on to his children and grandchildren.

“Me and another Samoan man, I was talking to him about starting a Samoan Methodist Church but that man he said ‘no no, Methodist is gone and it’s replacing with the Uniting Church’.”

Following the amalgamation of the Methodist, Congregational and Presbyterian churches in 1977, six families started gathering at Sau’s home in Morningside. From there they moved to Fortitude Valley and then out to Inala where the majority of the community was based. The faith community quickly outgrew their Inala location and began searching for larger premises.

“It was the first [Samoan congregation] in the whole of Queensland,” explains Sau. “Other Samoans heard about it and they start coming. Many then had the idea to start their own churches and they go and do it, but we are the main one.”

Well-known by that time in the Brisbane Christian community, Sau and his congregation were invited to join the Sunnybank Uniting Church.

“The gift that we bring [to Australia] is worship.”

In Samoa, 98 per cent of the population identify as Christian—a difference of 30 per cent from the 2011 Australian census data.

Although he has grown up in Australia, the cultural impact of these statistics has not been lost on Sau’s son, Tino.

“One of the main things with the Samoan culture is it’s always God first and then family,” says Tino, “But in [mainstream] Australian culture, they seem to have different priorities.”

“In the islands God’s a big thing,” Tino explains. “You can see on all our rugby jerseys they’ve got the cross.”

“There’s so much tragedy that happens but because they build their foundation on Christ, that’s what gets them through. They don’t have much money but I can guarantee you the smaller things that they do have, they cherish and they will get up and rebuild.”

Like Sau, Tino faced a time of questioning God when the fire took his aunt and cousins.

“I believe my older two cousins could have made it out of that house but they also weren’t going to leave their mum or little siblings,” says Tino.

“It was definitely hard to keep our faith strong in God but when some are weak others in the family are strong—you have to pull together.”

Today, hope lives on in the unexpected success of Tino and Nicola’s ten-year-old son Exodus Lale.

In March this year, Exodus won the Best Performance in Live Theatre award at the 37th Young Artists Awards held in Los Angeles, for his role as Young Simba in Australia’s The Lion King.

At nine years of age, Exodus was the youngest Simba ever cast worldwide and one of the least experienced.

“Before I became involved in musical theatre two years ago, I only sang in church,” says Exodus. “I auditioned for The Lion King but I was too young. I was eight but the criteria sheet said ten to 13.”

Despite his age, Exodus was chosen from over 100 boys to be one of three different Simbas for the Australian 2014–2015 tour of The Lion King.

“I pray to calm my nerves, and I feel God giving me the strength when I’m dancing and acting,” he told David.

“Whatever my talents, they are a gift from God, and I want to give him the thanks and praise.”

His mother Nicola attended the awards ceremony with Exodus in Hollywood and recalls the feeling of pride she felt when Exodus dedicated his award to “all the other kids who were nominated”, saying both he and they were blessed to be there.

His father Tino reflects. “I think it’s important to stay constant through everything.

“We’ve definitely had lows as a family but we’ve just trusted that God would pull through. Seeing now how we’ve been blessed abundantly with Exodus and our other four kids, it’s always important to remain sure that we give thanks in the highs and the lows.”

At the end of each day the Lale household gather to cover one another in prayer. In the peaks and the valleys they support Exodus and Jeremiah Lale both practically and emotionally, choosing to worship God in every season.

For Sau, the story of his family’s Bible is another reason to keep hope alive.

“When the fire finish a detective from the police ring us up and say ‘we got a bible,’ ” says Sau.

“They say ‘that bible we found in the dust—a shelf full of books fall down and cover up the Bible’ … and I said “I can’t believe that’. He gave it to me and that bible I give to Andrew Ross, the Sunnybank Uniting Church minister. I give it to him and I say ‘this bible, it stay in the church’.

“That story I always carry: The Bible survived.” 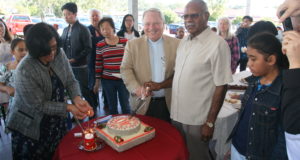 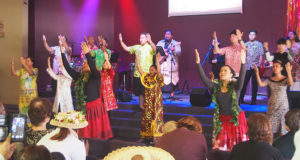 Finding the “cross” in cross-cultural ministry