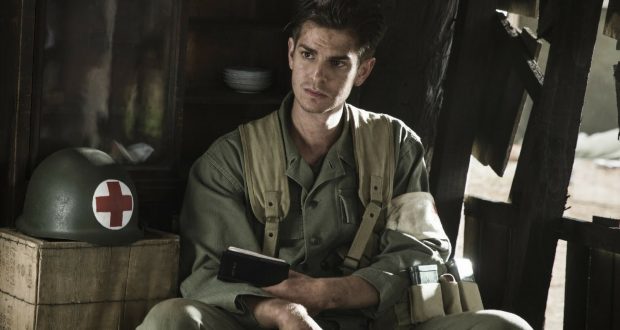 Like Tom Cruise, Mel Gibson can be an easy personality not to like. Like Cruise, Gibson’s controversial personal life is no barrier to profoundly appreciating his talent and contribution to filmmaking.

And just when you thought the well of movies involving World War II had been tapped dry, Gibson delivers the compelling story of one man’s faith journey with a powerful hook—“One of the world’s greatest heroes never fired a bullet”.

Hacksaw Ridge is the biographical war film of World War II combat medic Desmond Doss (Andrew Garfield) who became the first conscientious objector to be awarded the Medal of Honor, for service above and beyond the call of duty.

I’m not a fan of gore, yet the extremely violent war montage that dominates the second half of Hacksaw Ridge is made bearable by the knowledge the hero survives (this isn’t a secret as the film is heavily marketed as such).

Moreover, amidst the bodily excretions Doss finds deep in the trenches, my heart held fast to the hope that the sweet, soft moments of romance in the first half of the film would have a happy ending.

Although it’s disappointing Andrew Garfield doesn’t have a personal faith, and has been quoted as seeing Doss’ faith in God as ideological instead of factual, the film will reach Christians nonetheless as they see his actions for their intended purpose: to give glory to God.

The film does subtly undermine who Doss is following, making heroic his faith instead of the God he serves. This can be seen by the captions at the end of the film that refer to “his” God instead of “God”.

Still, Garfield’s performance is among the most realistic onscreen portrayals of what it is like to hear from God, centring on the pivotal moment when Doss’ friend dies and he calls out to God, “What do you want of me?” before hearing a cry for help from the abandoned frontline.

Perhaps what is most attractive about the character of Doss is that he most keenly reflects Jesus Christ, as both are calm but steadfast in the face of being beaten and mocked.

No, I don’t like violence but I was happy to endure it for the gift of witnessing one of the most powerful movies of the year.

Hacksaw Ridge is currently screening at cinemas throughout Queensland. 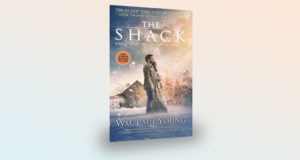