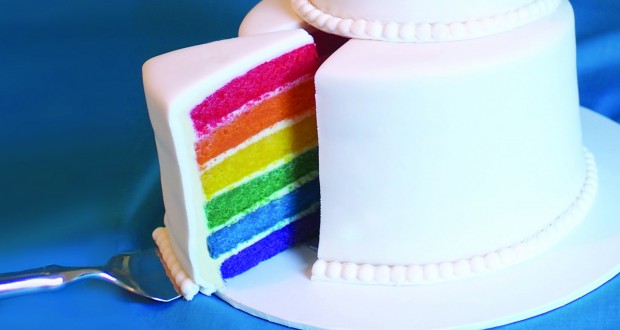 Marriage: We’re talking about it

The 14th Uniting Church Assembly will be talking about marriage when it meets in Perth in July this year. Bruce Mullan explores some of the issues.

Marriage has been a constant theme in the political conversation in Australia for several years as part of broader discussion about the legal recognition of same-gender relationships. The increasing public debate was acknowledged by the 13th Assembly of the Uniting Church in Australia meeting in Adelaide in 2012 which expressed its desire for the church to have a “respectful conversation” about the issue.

An initial consultation process coordinated by the Assembly Working Group on Doctrine in 2013 came to the conclusion there is no agreed theology of marriage among people in the Uniting Church and that there was a wide range of views among church members.

Coordinator of the consultation process Rev Dr Robert Bos said the intent was to collect a representative range of views across the church rather than a “poll” which intended to provide accurate sampling of Uniting Church members.

“The aim of consultation process was to elicit views on marriage (not just same-gender marriage) from across the Uniting Church,” says Rob.

Following the consultation process, a discussion paper on the theology of marriage in the Uniting Church was prepared and widely circulated throughout the councils of the church. A total of 438 groups and individuals responded to the discussion paper. While there were very differing views, the working group reported that generally the conversations were respectful and helpful.

Intentional conversations were also held with the Uniting Aboriginal and Islander Christian Congress (UAICC) and culturally and linguistically diverse groups within the Uniting Church, recognising the cultural challenges of discussing such issues within these groups.

“Indigenous people want the opportunity to look at matters slowly, with careful biblical and theological discussion, and not be pressured,” says Rob.

While the view that marriage is an exclusive term for the covenant between a man and a woman was held by the largest number of respondents, a significant minority supported a change to a more inclusive definition of marriage which includes same-gender relationships.

“More and more people have experienced gay people in their own extended family networks and this has been a catalyst for rethinking,” says Rob.

The key questions for the church are theological. How do we discern what God wants with regard to marriage in the 21st century?

The Basis of Union clearly suggests that in the process of determining doctrine, the scriptures are not a stand-alone authority—doctrine is shaped by other factors. The “Wesleyan Quadrilateral”, named after the leader of the Methodist movement in the late 18th century John Wesley, is a process for discerning a church’s theological understanding. It brings scripture, tradition, reason and experience to these conversations.

Wesley himself did not see all four sources for authority and decision making as having equal weight. He understood the scripture as the preeminent norm which interfaced with tradition, reason and experience in a dynamic and interactive way.

Graceville Uniting Church minister Rev Dr Robert Brennan agrees the diversity of opinion about how marriage is understood within the Uniting Church is as much about the relative weight given to each of the four sources as it is about how the scriptures are understood.

“From a conservative point of view I’d have to say quite firmly that the base is scripture so that none of the other three can override it,” he says.

Those who are open to the possibility of same-gender marriage don’t ignore scripture and the wisdom of the Christian past, but place more significant emphasis on experience and a vital, inward faith upheld by the assurance of grace.

Ethicist and progressive Christian Rev Dr Noel Preston has been publically advocating for the recognition of same-gender relationships since 1974. “The Jesus I follow operated that way in his time and got straight to the point; it was about empowering people where they were,” he says.

The second key question seems to be about how we read the scriptures and about which passages or verses are used to support preconceived positions—whatever these may be. The danger being that taking the text in isolation may possibly ignore the original intent.

“A mature Christian ethical response takes account of the whole witness of scripture but at the end of the day it must be contextual and deal with the realities of the human condition,” says Noel.

Living in the tension

Convener of the Assembly Working Group on Doctrine Rev Alistair Macrae says the group was somewhat dismayed that some respondents to the discussion paper on marriage seemed to think that quoting isolated Bible verses addressed the question comprehensively, while others indicated contemporary cultural norms should be determinative.

“We argue that the Basis of Union reminds us that biblical interpretation is always an open and dynamic process. Our reading of scripture is nourished but not imprisoned by received interpretations,” he says.

“Do new insights lead us to more differentiated conclusions than theirs?” he asks.

Will the status quo change?

The work done so far through the consultation process and responses to the subsequent discussion paper suggest that the 14th Assembly is unlikely to reach agreement to change the Uniting Church’s current position on marriage.

“Doctrinal change is only doctrinal change when it is actually owned by the whole church,” says Robert Brennan, who believes the conversation has to continue.

“Until it is owned by the hearts of the people it isn’t actually the faith of church.

“There has got to be an answer which maintains the integrity of the gospel and still offers grace and hope to all people.”

While the Assembly probably will encourage the church to continue the conversation, dozens of other churches worldwide already approve the marriage of same-sex couples. After 30 years of debate, members of the Presbyterian Church (USA) voted this year to change the definition of marriage in the church’s constitution to include same-gender marriage.

The Presbyterian vote amends the church’s constitution to broaden its definition of marriage from being between “a man and a woman” to “two people, traditionally a man and a woman.”

Alastair Macrae believes the Uniting Church should do its work carefully and according to its theological convictions and processes.

“Changes to the Marriage Act will not determine the church’s response,” he says.

The Uniting Church in Australia is still guided by the Eighth Assembly’s 1997 Statement on Marriage which defines marriage for Christians as the freely given consent and commitment in public and before God of a man and a woman to live together for life.

While Uniting Church ministers are not prohibited from conducting blessings of same-gender relationships, they are not permitted to offer a marriage service to same-gender couples.

Ministers are always free to accept or refuse requests to celebrate marriages under the Marriage Act and are required by Commonwealth law and Assembly requirements to use the marriage order of service approved by the Assembly.

Even if the Australian parliament were to change the Marriage Act, unless the church agreed to change its definition of marriage, Uniting Church ministers remain bound to the 1997 statement on marriage and therefore will be expected to refuse requests for same-gender marriage.

And we will keep talking.