Home > Features > When I was in prison you visited me 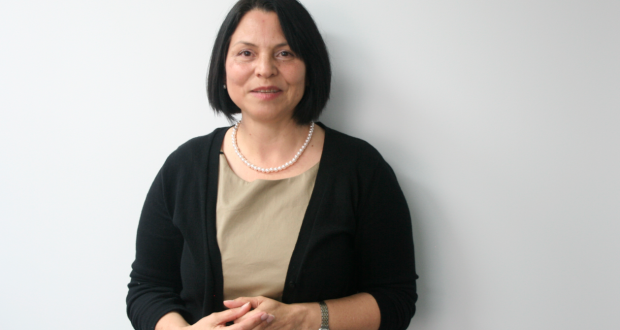 When I was in prison you visited me

Beatriz Skippen talks quietly on Monday mornings. As UnitingCare Community Prison Ministry coordinator and senior chaplain, her Sundays are spent either speaking in churches or preaching in prisons, sometimes participating in between four and six services a day.

Her day has started early, drinking coffee at 6.30 am with homeless people under a bridge in Brisbane.

After more than 30 years of ministry, including in prisons across South America, Ms Skippen has witnessed first-hand the wretchedness of life behind bars. She understands the vagaries of life which lead men and women to become locked away, and the heavy price paid by their families.

Now the mother of three and grandmother of five, her compassion for those forsaken by society is undiminished.

Ms Skippen is the driving force behind Prison Ministry, a UnitingCare Community service based in north Brisbane which provides mainly volunteer pastoral care to prison inmates and their families across Queensland. Services have recently expanded to include early intervention and post-release mentoring projects.

Ms Skippen discovered that ministry behind bars was not for the faint-hearted when she walked into a Colombian prison at the age of 21 years.

“In the beginning I thought, what am I doing here? I haven’t got anything in common with these people. I’d never even smoked, gone clubbing, nothing … every time when I was leaving the prison I would say, ‘Oh Lord! Are you sure you want me here?’ and have this strong sense of ‘Yes, you need to be here’.”

Ms Skippen grew up in Argentina under the dictatorship of Jorge Videla, when an estimated 30 000 people disappeared or were killed between 1975 and 1981. Many of her high school colleagues were among them, paying the price for political or social dissent.

After graduating from theological college, she served as a missionary in Paraguay, and later in Bolivia, Colombia and Brazil.

The Presbyterian Church brought Ms Skippen to Australia in 1991 to work with Spanish, Portuguese and Italian groups in Melbourne as well as ministering in Pentridge, Metropolitan and Fairley Prisons. Later she moved to Queensland, and the opportunity to work for Prison Ministry opened up in 2005.

A bridge to grace

Her faith story is rooted in the Catholic faith of her family and the infl uence of her Plymouth Brethren neighbours, together forging a deeply spiritual faith with a strong sense of the presence of God.

Growing up in a Catholic church “was like a bridge for me to understand grace”, says Ms Skippen, who is now a member of the Uniting Church.

From Brethren theology she drew her understanding of a personal God, the one who called her to minister in some of the world’s darkest places.

Decades later, she remains convinced that even the worst offender can be transformed by grace, and that every prison chaplain walking through those locked gates is the bearer of that hope.

“I don’t think I’m tough,” she says, reflecting on the sometimes brutalised and violent inmates to whom she has ministered. “I just think that I want my relationship with God. I just think about him walking before me, and try to be Jesus’ feet and Jesus’ hands.”

The stories about people who have been empowered to change their lives seem to pour out.

One former prisoner, Mark, was encouraged by Ms Skippen to finish high school while in prison. He went on to study criminology and is now writing a PhD. He is married, and runs a support group for men. But Mark’s real transformation began when he was welcomed and accepted by a church community.

Another man, young, angry and rejected by his family, found a new direction when he knew that Prison Ministry staff would be there to help him get his life back on track after he was released.

“His mother called me and said, ‘He’s changed. What did you say to him?’ Nothing spectacular. Just ‘we’ll be there for you. Just come’.

“One guy we’ve been supporting, he and his wife, are now going to a church. They have fi ve children and they are turning their life around.”

“Breaking the cycle of offending is about investing time in people,” says Ms Skippen “and sometimes the little things—like sharing coffee at dawn with homeless people—can make a difference to someone’s life.”

The Prison Ministry location a few doors down from the Brisbane North probation and parole office means that it is sometimes mistaken for the latter, providing the opportunity to connect with the often nervous parolees.

Some come back for coffee and a chat, and take up the offer of help to reintegrate into family and society.

“First we have to identify a desire to change and then we can work with them,” says Ms Skippen.

“You really have to be willing to put yourself in that position and to work through those issues.”

Working with families is key to facilitating generational change, she adds. Helping out with household essentials, school needs and small gifts at birthdays and Christmas makes a huge difference to financially-strapped carers. Support also keeps stigmatised and vulnerable families intact so that inmates will have a home to which they can return.

“There’s not a lot of compassion in society for prisoners or their families. Neither is there sufficient understanding of the complex social and mental health issues behind anti-social behaviour.”

Ms Skippen says that a very high percentage of people in Queensland’s prisons are suffering from a mental health disorder of some kind.

“I would like the Queensland government to put more resources into early intervention and post-release programs. I think that we are missing the target. People come out of prison every day; we can’t keep everyone in prison forever. At the moment we have a punitive approach when the people come out.”

Just down from the Prison Ministry office there are a few young men milling around or sitting alone outside the parole office.

“I don’t look at what they’ve done. I just know that they’re broken people,” says Ms Skippen. “No matter what the circumstances, it’s not up to me to judge people. Who am I?” 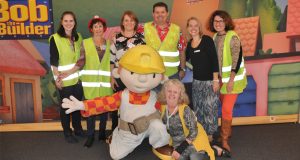 Stronger support for families? Yes, we can! 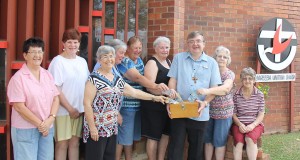 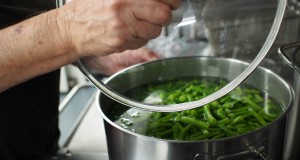 What’s cooking in the Valley? 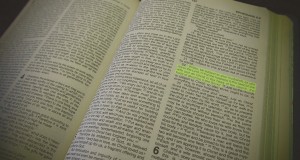 The monster in the back pew: Why domestic violence still happens in your church 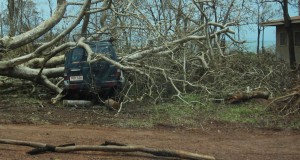 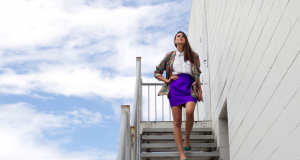