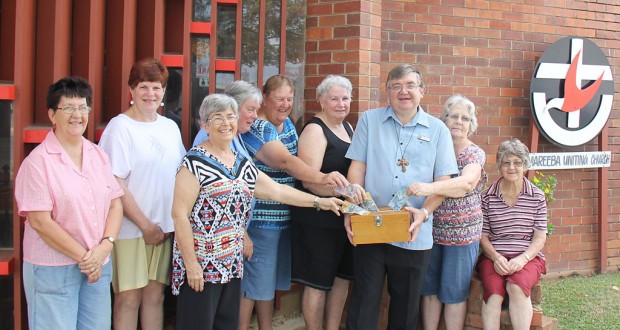 The Mareeba Uniting Church congregation is hoping to raise at least $3000 to provide gift vouchers to nearly 70 families served by UnitingCare Community’s North Queensland Remote Area Families Service (RAFS). Burke, Carpentaria, Doomadgee and parts of Mareeba were listed as drought-declared in May, pushing Queensland to a record-breaking 80 per cent of shires.

Mareeba Minister Rev Peter Blauw says that the small congregation of 50 to 60 members has a strong focus on mission, running at least four projects each year.

“They are a generous community that tries to pull together when times are tough, and people have really seen supporting remote families as being vital,” says Peter. “Through RAFS, we hope to bless as many families as we can to bring the hope of the Christmas message in a practical way.”

The gifts will be delivered by early years educators Diane Sherman and Jo Simpson on their regular visits to families living in remote areas. Every second week the two women travel long distances to coordinate mobile playgroups and provide support for families, staying overnight on properties before heading off to the next destination.

“We do individual planning for children, following the national Early Years Learning Framework—but we do it under a tree or in a hay shed or on the veranda of a homestead—or in parks in towns that don’t have any early childhood infrastructure,” says Diane.

“Some families are in a central area with a cluster of families, and people will drive up to two hours to attend a playgroup session. It’s a social event for the mothers and sometimes the fathers come as well.

“We have some families who might be six or seven hours from any other family, so quite often we will offer them home visits. We will do a little tailored playgroup just for their children.”

Diane says that the drought is taking a toll on families.

“We have noticed that people are pushed for time because they are hand-feeding cattle or carting water … and there are families that haven’t had an income for 12 months—they have been on a negative income.”

The gift vouchers from the Mareeba church will deliver more than a financial boost, she adds.

“The families will know that there are other community members who are thinking of them—that they are not alone, and that people are aware of their struggle and want to help them.” 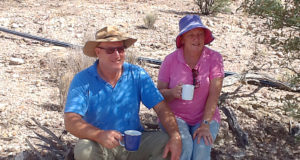 Having a heck of a time out west