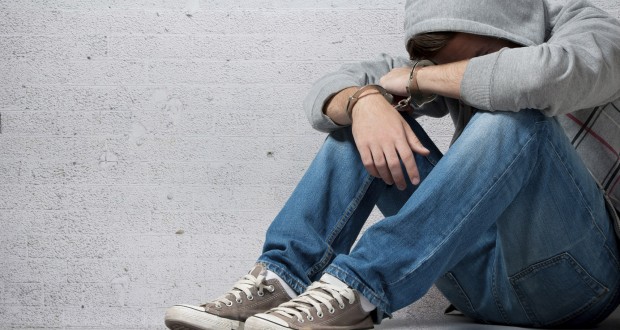 Life is about to get tougher for young Queenslanders in trouble with the law. Dianne Jensen reports.

“Tough on crime” has a reassuring ring to the outraged householder who discovers a smashed car window or graffiti on their freshly painted wall. It’s time these kids faced up to the consequences of their behaviour, right?

The Queensland Government is currently considering legislation to enact amendments to the Youth Justice Act 1992 which will have far-reaching implications for young people aged between 10 and 17 years alleged to have broken the law.

The changes will transfer children to adult prisons when they turn 17 years (if they have at least six months left on their custodial sentence), allow adult courts access to juvenile criminal history when sentencing, “name and shame” repeat offenders and make breach of bail an offence. Most importantly, say critics, they will remove the principle of detention as a last resort.

But will these changes make our streets safer and decrease youth crime and recidivism?

Grave concerns about the reforms have been expressed by many organisations working with young people at risk, including the Uniting Church Queensland Synod.

Synod Research Officer Sue Hutchinson has produced an issues paper which has been sent to Premier Campbell Newman, Attorney General Jarrod Bleijie and all state members of parliament, accompanied by a statement from moderator Rev Kaye Ronalds asking the government to undertake consultation with community groups and service providers before going ahead with the reforms.

Most young people caught up in the system do not reoffend. The core issue is the small group of repeat offenders who are responsible for multiple crimes, and dealing with the root causes of their recidivism requires complex strategies.

The Youth Advocacy Centre research points out that there are disproportionate numbers of young people in detention with developmental disorders, such as learning disabilities, communication disorders and foetal alcohol syndrome.

We also know that 69 per cent of young people in the youth justice system in Queensland as at June 2011 were known to the child protection system.

Young Indigenous Queenslanders are most at risk of entering the system, says Ms Hutchinson, and the Uniting Church is particularly concerned about the disproportionate effect that the new legislation will have on this group.

“It is very concerning that in 2012-13, Aboriginal and Torres Strait Islander offenders accounted for 66 per cent of young people in detention in Queensland, while making up only about six per cent of all young people aged 10 to 17 years.”

Ms Hutchinson points out that the majority of young people in detention are on remand, and that 70 per cent are Indigenous children who may be locked up simply because they don’t have “suitable” places to stay.

Rev Dr Wayne Sanderson, a Uniting Church minister and former Lifeline CEO with a range of experience in youth suicide prevention and Indigenous policy, says that the scenario for young people is particularly bleak in small towns and in remote parts of the state lacking infrastructure and resources.

He led an Amnesty International study, completed last year, constructing the knowledge base for Amnesty’s current campaign on the Indigenous experience of the youth justice system in Queensland.

“All too commonly, a magistrate sitting in the Children’s Court has this tearaway kid who’s say, aged 14 years. If he lives in a chaotic family environment, and there’s no other responsible adult who can supervise him until the court can deal with the matter, then the kid has to be remanded in custody. If you’re in central Queensland or out in the north-west you could actually be brought under escort to Brisbane.”

Amnesty is currently conducting a campaign to bring their concerns before local politicians, and is urging the public to put pressure on the Premier and the Attorney General.

Youth crime statistics in Queensland were improving, at least until the last year or so.

In his 2011-2012 annual report, Judge Michael Shanahan, President of the Children’s Court of Queensland, noted an overall decrease of 6.9 per cent in the number of juveniles whose cases came before the court. However, there was an overall increase in the number of charges against young people, up 9.7 per cent. He indicated that the statistics seem to demonstrate that there are a number of persistent offenders who are charged with multiple offences.

By the time Judge Shanahan wrote his 2012-2013 annual report, charges against juveniles had increased by a further 4651. He suggested that a change in government policy in January 2013 might be responsible, with a substantial drop in the number of cautions being administered by the police and the abolition of the diversionary mechanism of court-ordered Youth Justice Conferencing.

What works (and what doesn’t)

Criminologist Ross Homel, Foundation Professor of Criminology and Criminal Justice at Griffith University in Brisbane, is blunt in his assessment of the changes.

“It is about political theatre rather than asking hard questions about what actually will reduce recidivism and most effectively promote the rehabilitation of young offenders.”

Research demonstrates that punishment and deterrence may in fact be counterproductive in the basic goal of creating citizens, he says.

“The goal with juvenile offenders should be to move them through a pathway toward full citizenship and return to normal society. People are much more useful as citizens and taxpayers and fathers and mothers and all the rest of it than they are languishing in a jail, or in a detention centre or on the margins of society.

Professor Homel’s long-term research project, Pathways to Prevention, was conducted in one of Brisbane’s poorest suburbs. It provides some powerful indicators of what works.

“Essentially, one of the key assumptions of that program, for which we’ve now got a lot of data and are testing, is that if young people are getting into trouble at school or with the police, it’s 99 per cent sure that things aren’t too good at home.

“The Pathways to Prevention project was all about providing the kind of advocacy and support for the parents and for the children so that the basic underlying causes of the children’s behaviour can be dealt with. We’ve got data and we’re publishing research that shows that this is indeed the case and that family support can make quite a substantial difference, for example, to the quality of their behaviour in the classroom as rated by the teacher.

“There’s a whole program of social services, community-based interventions that can be extraordinarily effective in dealing with—and in fact nipping the development of youth crime in the bud. It’s about working with families and with communities and with schools in order to strengthen the developmental fabric which makes us human.”

Ms Hutchinson agrees. “The experience of the Uniting Church at the community level and through its agencies is that evidence-based, developmental approaches will be most effective in reducing youth crime. Why wouldn’t you try these approaches rather than policies which have been shown to be detrimental?” 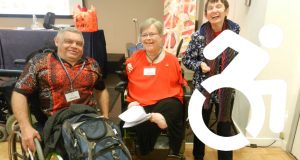 From exclusion to embrace: disability, faith and inclusivity 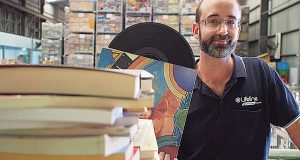 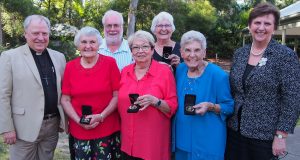