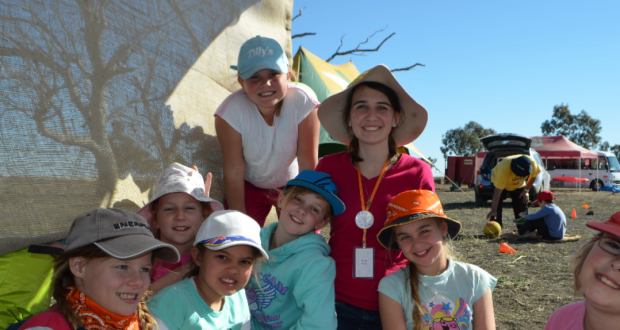 Take 45 primary school children with loads of energy and a bush paddock under a wide blue sky, and you have a Uniting Church day camp. Dianne Jensen reports.

“It was cold and windy, but we had an absolute blast!” says Jodie Beitz, Roma Uniting Church member and one of the directors of the day camp held in Roma in the July school holidays.

The three-day camp was organised in partnership with Go West, a long-running activity of the Redlands Uniting Churches to support ministry to children and families in rural churches.

Maranoa Uniting Church members Mel and Max Johnston set aside a field at Waverley Downs, their South-West Queensland property, for the event.

“We had a flying fox, low ropes, craft, cooking, and a devotions tent and chill-out zone staffed by Rev Faye [Talatonu] and a chaplain from local schools,” says Jodie.

“One beautiful girl stood up at the end of camp and said that until she had come to camp she hadn’t had a chance to know who Jesus was and to know about church, and through coming to camp she wanted to know more.”

The local churches were strong supporters, with pastors from other denominations helping with leadership, group assemblies and music. Roma businesses and community groups such as the Maranoa Archery Club also got behind the project.

For the Go West team, the Roma camp was their 15th year of partnering with rural churches. The initiative has sent teams to Longreach, Barcaldine, St George, Charleville and Mundubbera. Redlands churches have run their own day camp every September for more than 35 years.

“The biggest thing that we are trying to do is to plant the seed for something to grow on its own. All the indications this year are that not only was the camp great fun for all the kids and the parents, the engagement from local churches was really good.

“These activities are a practical experience of ecumenism and a way that both our volunteers and the folk at Roma can get to know other members of the local church—not just in a shared church service but actually spending three or four days working together.”

For the 13 Redlands visitors, the camp was an opportunity for some to step outside their comfort zone.

“Some of our people had only ever been team leaders, but coming out to help launch the activity in Roma allowed them to step into some of the larger roles and areas of responsibility,” says Stephen. 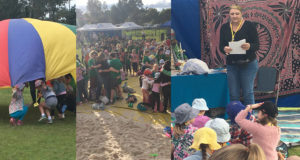 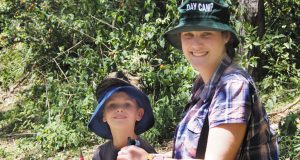