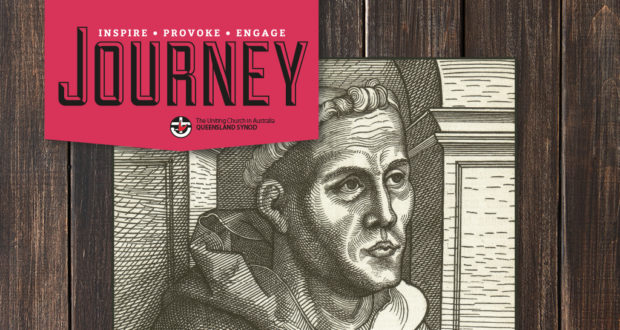 Unless you’ve been in a coma or busy on the International Space Station I’m sure you’re aware of the debate surrounding the proposal to legalise same-sex marriage.

I’m also sure you will not have escaped the avalanche of advertisements, media opinion pieces and (sometimes heated) discussions in your social circles about the issues at stake, so the last thing you want is this editor’s position convincing you one way or the other.

What I will say is that a quote often attributed to Aristotle is particularly pertinent right now: “It is the mark of an educated mind to be able to entertain a thought without accepting it.”

A fascinating image flashed up on my Twitter timeline recently that seemed to reinforce my fears with where public discourse is headed on the same-sex marriage debate and other contentious topics. It was a graph depicting the way in which liberal and conservative Twitter users interact and retweet opposing points-of-view, and, apart from a few limited linkages, both sides were deeply entrenched in their own ideological bubbles. Not many people were entertaining opposing thoughts but instead basking in their own sense of self-righteousness.

Have you been willing to entertain opposing ideas and beliefs or do you seek the comfort of ad hominem dismissals and stifle discussion with accusations of “bigotry” or “hate”? It is vital we continue to use the power of words to advance discussions otherwise, as we have seen historically, others may seek to use methods involving an “s” attached to the “word” to settle conflict.

Diversity is not just about skin colour or gender, it must include diversity of opinion. So please have the courage and conviction to respectfully discuss the issues at stake with people of opposite ideological positions and explore what is behind their stance. There are problematic issues to be resolved whichever way the law goes so we must be willing to reach out and not let resentment and animosity sour future discussions.

This month we thought it was important to put the Big Question to the church’s president Stuart McMillan on what “Space for Grace” actually means in the context of the marriage debate and I hope it is of strong guidance and value for members of the church as they discuss and discern what it means to be married in 21st century Australia.