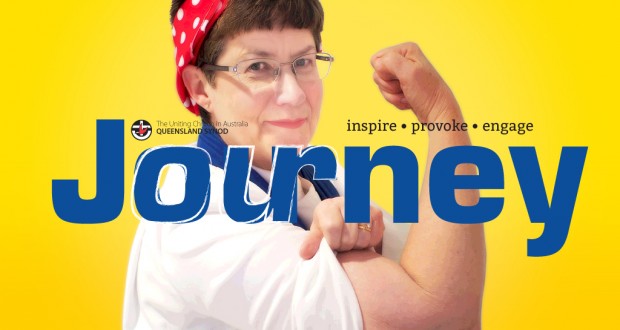 The Uniting Church is unusual in a number of ways—one of them being its wholehearted embrace of women’s ordination.

In this context, it’s worth revisiting why the Uniting Church is willing to make this important stand. In 1990 the Uniting Church Assembly released the report, “Why Does the Uniting Church in Australia Ordain Women to the Ministry of the Word?” Fifteen years later it is still an illuminating read, and a thoroughly biblical case for making a break with what has been a very longstanding tradition in the Christian church.

Still, 37 years after union the church has only just elected its second female president-elect. Despite our firm conviction, there are still clearly challenges for women in this space.

On page six we explore Christian feminism and talk to some trailblazing women in the Uniting Church (and one author at the centre of this discussion in the United States).

Thanks to our former moderator Rev Kaye Ronalds for being such a good sport and posing as our “Rosie the minister” on the cover.