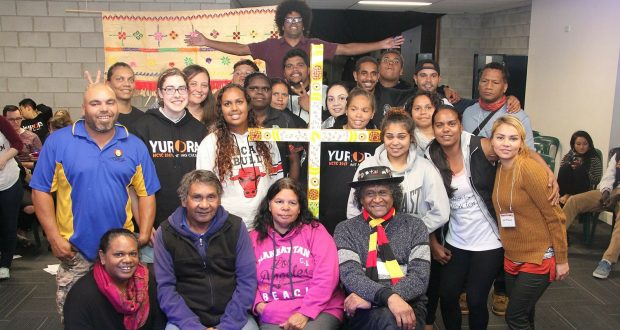 Diversity on show at NYALC

Over one hundred young adults from across Australia attended the 2016 National Young Adult  Leaders’ Conference (NYALC) where the church’s multicultural identity was on full display. Journey reports.

While there’s often talk of ageing within the Uniting Church, NYALC demonstrated that a new generation of culturally-diverse young people is coming through to enrich the identity (and grow the congregations) of the church.

The six-day conference held in early July at Burleigh Heads on the Gold Coast gathered young adults from across Australia to hear and trade inspiring stories of faith, discipleship and leadership, as well as network and participate in a range of activities designed to connect them with experienced leaders in the church.

Witnessing the CYC Burleigh campsite brimming with life as young people played basketball or sat around in small groups to sing and play guitar, the multicultural bona fides of the Uniting Church were unmistakeable.

Uniting Church in Australia president Stuart McMillan, who also attended the conference, concurs: “We’ve had a 30 per cent reduction in Anglo congregations since 1991, but we’ve had a 300 per cent increase in culturally-diverse peoples, congregations, languages being used in the life of the Uniting Church, that’s the rich and growing edge of the church.”

Since its inception, the implementation of a culture-based quota system that ensured one third of participants were Anglo-Saxon, one third Aboriginal and Torres Strait Islander and one third were from second-generation multicultural groups has allowed NYALC to be an incubator for future leadership that retains the unique diversity of the Uniting Church.

Reuben Edmonds from Wesley Church congregation in Western Australia also relished the opportunity to network with other Uniting Church young adults as he is “kind of it” in his congregation.

“It is an amazing opportunity to see the Uniting Church in all its breadth and depth,” says Reuben who like many others, was sponsored by his congregation to attend the conference.

As for the future of the Uniting Church, South Australian Uniting Church pastor Sam Chan hopes the church “will lead the nation in diversity”.

“I hope the nation will look at the church and think that’s how we live together. We don’t live in our little enclaves and put walls up against each other but we do life together.”