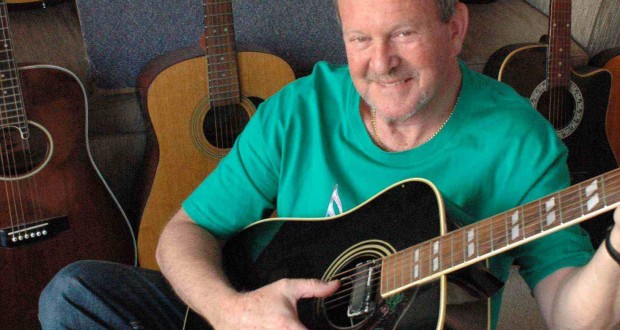 The simple idea of starting a music class in the Villawood Detention Centre, Sydney, has created a vast network of instrument donors for asylum seekers in detention. Mardi Lumsden explores.

Sydney-based volunteer music teacher Philip Feinstein established classes inside the Villawood Immigration Detention Centre around two years ago. He has now expanded the Music for Refugees project to include almost all Australian immigration detention centres, including Christmas Island and Nauru.

After fleeing Apartheid South Africa in 1972, Philip appreciates the welcome he received from Australia and wants to share it with others.

“About four years ago I began to realise the terrible plight of refugees in Australia so I made contact with the Villawood Detention Centre,” he says.

“I believe music is a wonderful way to help people relieve stress.”

SERCO, the company who manages Australia’s detention centres, was keen but had no instruments. Philip told someone the story and was instantly donated a piano. The piano turned out to be one Philip had sold more than 20 years prior. The project was off and running.

“I ended up getting five pianos for Villawood, over 30 guitars and violins and percussion and so on. Villawood is now chock-a-block with instruments. It now has music rooms and we have jams there.”

Music has been used as a therapy in places of incarceration for years and has proven to reduce self-harm, violence and negativity and to enhance self-esteem.

“A lot of what I do makes them feel good, which is very important, but I’m also thinking ahead. Advance Australia Fair is very important; these people will be new Australians so it is important that they know that,” says Philip.

His energy and passion for this project are infectious. Churches (and other organisations) act as drop-off points for members of the public to deliver instruments which are then taken to the various detention centres. The vast majority of drop-off points are Uniting Churches.

“I contacted Uniting Churches all over the country and they all came on board,” he says. “You guys put your money or your prayers where your mouth is and you really do help … your churches have been phenomenal.”

In Queensland, Chermside Kedron Community Uniting Church in Brisbane is one of three drop-off points.

The Music for Refugees project wants refugees who are no longer in detention to have a musical stress outlet. Community networks to continue music making are also important.

“The instrument collection has to be ongoing,” says Philip. “They should be able to take their instrument with them. It doesn’t mean that because they are out of Villawood that their stress ends.

“Money is something we don’t need. All we want are instruments!”

The donation of small, portable instruments is encouraged (guitars, recorders, ukuleles, violins etc) but all instruments are welcome. Philip also suggests families contact their schools for any excess instruments that could be donated.

Think local, connect to the global