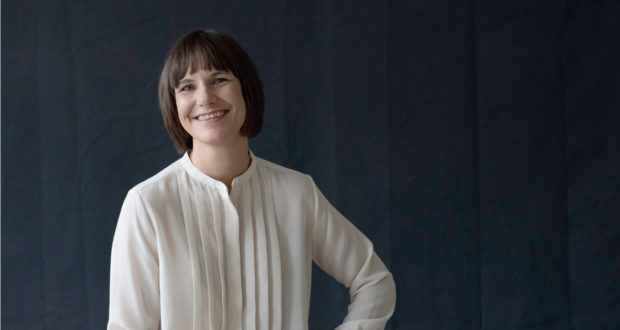 Meredith Lake knows how to tell a story with soul. She’s the presenter of Soul Search on Radio National, the award-winning author of The Bible in Australia: A Cultural History and one of the keynote speakers at the upcoming Uniting Church National History Conference.

If you haven’t heard Meredith, tune in to Soul Search. It’s a show about what we believe and the difference faith makes in our lives.

“I get to speak with a whole range of people … so far including soul singers, poets and Indigenous activists, mindfulness experts, theologians, even a life model and a liturgical designer!” says Meredith.

“For the very first episode of Soul Search I interviewed Dr Joanna Cruickshank (who is also a keynote speaker at the conference). She spoke about a Burramattagal girl, Boorong, who was probably the first Indigenous Australian to have a substantial encounter with the Bible.”

Meredith’s interests include the ways in which Australia has been influenced by religious traditions. Her PhD at Sydney University looked at how Protestantism helped lay the foundation for colonial society, and her recent publication The Bible in Australia: A Cultural History, was awarded the 2018 SparkLit Christian Book of the Year.

The Bible in Australia examines how the Bible has influenced Australian culture in everything from land rights to song to labour relations.

“I’ve tried to write history that makes space for the vulnerable, listens generously across difference, and searches for the ‘common’ part of our common life,” says Meredith.

Her keynote address at the Uniting Church National History Conference will consider why religious history matters in secular society.

“We’re always hearing about how ‘secular’ Australia is these days. And it’s true—at least in the sense that levels of Christian affiliation and participation are lower now than at any other point since European colonisation. Popular Bible literacy has taken a dive in recent decades, too.

“You don’t need to spend long on social media to see that there’s a palpable uncertainty about the benefits—even the legitimacy—of religious perspectives in the public domain. In a context like this—what’s the point of religious history? I want to weigh up how religious history might enlarge our civic imagination now.”

Other keynote speakers at the conference include Emeritus Professor Graeme Davison and Dr Joanna Cruickshank (Senior Lecturer at Deakin University, specialising in the history of religion, women and Aboriginal mission) with other papers on the theme of “Finding a home in the Uniting Church”.

The Uniting Church National History Conference will be held 7–10 June at the Centre for Theology and Ministry, Melbourne trybooking.com/book/event?eid=485398&