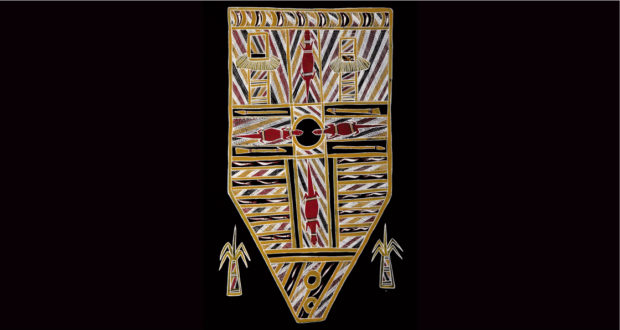 James O’Callaghan looks at the newly released Covenant Action Plan and what it means for First Peoples across the Queensland Synod.

At the 34th Synod in Session in May 2019, the Queensland Synod launched its inaugural Covenant Action Plan (CAP), a momentous milestone in the life of the church and another step towards genuine reconciliation.

This was the culmination of two years of work, after the Synod Standing Committee tasked a Synod Covenanting Working Group to develop the equivalent of a Reconciliation Action Plan.

Rev Kath Behan, Director of Mission Engagement with the Queensland Synod, says the CAP is important because of the Synod’s Key Change Initiatives; “Before that, at the heart and soul of the Uniting Church’s DNA is engagement with First and Second Peoples,” Kath says.

“The Covenant Action Plan is built on the last 42 years of the Uniting Church acknowledging the significant place of First Peoples.”

The national covenanting process commenced in July 1994 with the reading of the Covenant Statement by the President of the Uniting Church Assembly to the Chairperson of the Uniting Aboriginal and Islander Christian Congress.

“Because we have come through from the covenant a few years ago, and for a long time we have wondered what does the covenant mean in reconciliation,” says Dennis.

“I think the Covenant Action Plan has put some meaning to it, and what it means to live it out.”

When asked what it will mean to the people of the Calvary Presbytery, Dennis says the plan will help grow leaders.

“It will help them be informed as to what’s going on in the wider community.”

Three founding principles have been identified as part of the Covenant Action Plan:

The Covenant Action Plan will be revisited annually with a ten year outlook.

The Covenanting Painting: This painting tells a sacred Creation story of the Wagalak sisters and speaks particularly of the alliance of four Clan Nations and their responsibilities for the land and waters of their yirralka (estates). The painting also depicts the sacred ground where ceremonies take place and in particular the Wukindi ceremony, to restore relationship when blood is spilt and bring reconciliation. The painting is in itself an initiation for Uniting Church members to stand with members of the Uniting Aboriginal and Islander Christian Congress in their struggle for justice.