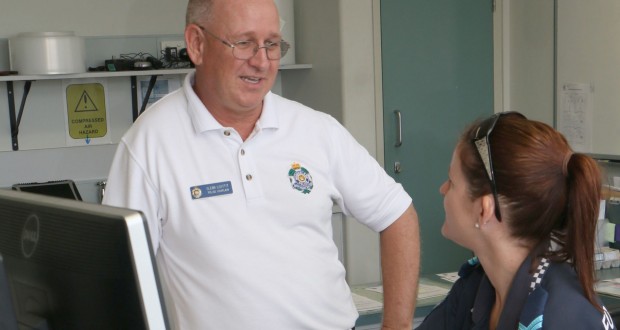 “Police officers deal with trauma all the time but they become conditioned to it as time goes by,” says central region police chaplain Rev Glenn Louttit. “If the truth be known they like to portray that they are resilient … but the conversation turns when you get them by themselves.

“Our job is to loiter with intent,” he says.

A member of Fitzroy North Rockhampton Uniting Church, Glenn has ministered in the Queensland Police Service for nearly ten years, having earned his stripes through three cyclones and two train crashes.

An ordained minister in the Uniting Church, Glenn is a trained youth worker and has worked and worshipped in congregations as far and wide as Chermside, Toowoomba City, Jandowae, Laidley, Gympie and Innisfail.

“Becoming a police chaplain, I believe, has taken me back to my training with working with young people because the majority of people in the Queensland Police are less than 40 years of age,” says Glenn.

Called to ministry beyond the church, Glenn found his start as a part-timer and is now one of six full-time police chaplains in Queensland, covering an area from as far north as Bowen, west to Emerald and south to Hervey Bay; travelling over 50 000 km a year and dropping in at police stations along the way.

“It’s really about, ‘G’day, how are you? How are things going? Are you happy in your job?’—leading questions inviting them to share,” says Glenn.

“It has taken time to build relationships—and we don’t often talk about God but when we do, they are what I would call divine moments, they’re God moments … and they’re gold.”

The moral integrity of the police is something Glenn is passionate about, and it hurts him to witness media and public criticism of their actions—he has a deeper appreciation for their humanity.

“Regardless of what people think, police officers are just like 100 per cent of our wider society,” he explains.

To find out more about how you can get involved in police chaplaincy, email Rev Glenn Louttit on louttit.glennd@police.qld.gov.au 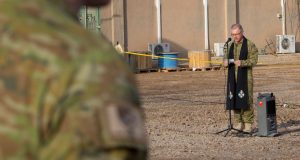