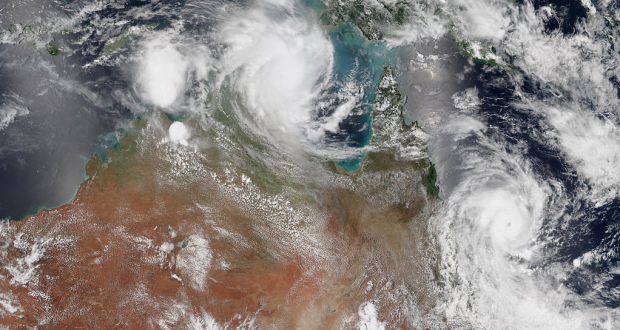 In the coastal community of Yeppoon, Central Queensland, the clean-up continues after tropical Cyclone Marcia made landfall at Shoalwater Bay (between St Lawrence and Yeppoon) as a category five storm, Matt Gees writes.

St Andrew’s Uniting Church in Yeppoon, approximately six kilometres up the hill from the main beach, sustained minor damage. However Emu Park Uniting Church (around 350 steps from the beach), which was built during the war years, lost its roof. Assessors have been evaluating the damage to determine the next step.

Rev Suzy Sitton is the minister at St Andrew’s and Emu Park and during a conversation with national christian broadcaster Vision Radio, highlighted that the initial clean up is just the beginning.

“As the days roll out from the event, people start to feel the emotions of it,” says Suzy, “They look around at the devastation and are pretty stoical about it, but emotions are starting to bubble up now. People become frustrated and just need to sit down and talk through the story of what happened.”

Suzy saw the importance of just having that conversation when she visited the Blue Care residents adjacent to St Andrews following the worship service on Sunday morning.

“As I finished the service, I decided to take a little wander around the retirement homes adjacent to the church. Some of the elderly people there said thank you for calling, we haven’t heard from anyone, we can’t get any phone contact,” she says.

They told her that there had been people there clearing debris but they just wanted someone to say, ‘Hello, how are you?’

“I don’t know what the issues are on the ground in town—it’s too early, but hopefully I’ll be there when someone needs to talk.”

Although there was no power at her home until Wednesday 25 February, Rev Suzy Sitton was grateful to “some dear friends from Emerald” who loaned her a camper trailer to set up a fridge and cooking facilities so that she could remain nourished to support other people. 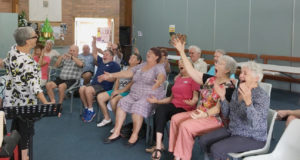 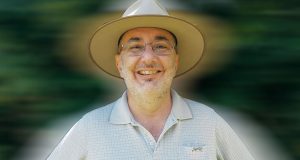 Rethinking the church in central Queensland