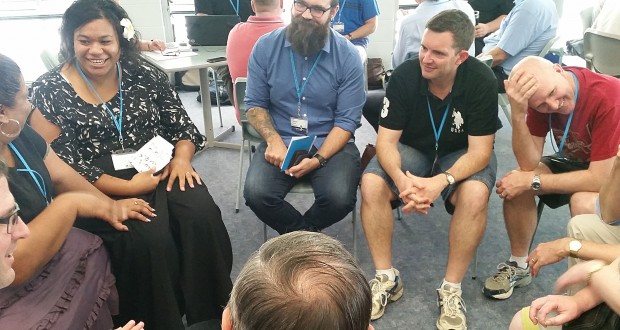 Discussions during the open space at the 31st Synod have concluded after more than 100 conversations took place among Synod members and staff about the future of the Uniting Church.

Facilitator Brendan McKeague, who gave the Norman and Mary Miller Lecture on Monday evening, introduced the discussion theme “Our church is on life support, what’s our call now?” to Synod members this morning. He described the process as “conversation space and relationship-building around things that you care about”, and invited people to post topics about subjects close to their hearts.

Once the floor was open for suggestions, subjects across the spectrum of ministry and mission flowed fast and furious. Topics included “Rediscovering the mission heartbeat of the local church”, “Life without a pulpit: discovering new purpose when placements finish”, “Welcoming gay people in the Uniting Church” and “The Commonwealth Games: Springboard for mission”. Issues around formation, governance, Indigenous ministry and education were also key focus areas for many.

Participants were asked to choose groups to attend throughout the day, and to explore conversations in gatherings large and small.

“Whoever turns up at your group are the right people,” Brendan told the assembled 300 Synod members. “It doesn’t take a whole mob of people to get something done, only a few people who care.”

The Moderator described Open Space as an opportunity for Synod members to discern the call that the church needs to hear.

“We’ve spent the last four days hearing reports from across the state. Today, having heard all that, Synod exercises its mind to discern its priorities for the life of the church,” said Dave Baker.

Rev David MacGregor from Wellers Hill Tarragindi Uniting Church was excited by the inclusivity and openness of the process.

“There must be 100 different topics here, and that means about one third of the people at Synod are taking part; people who would not normally even get to the microphone!

“I love the fact that there’s no pre-determined agenda. People are nailing their passions to the wall and inviting others to be part of that.”

Synod members have expressed their thanks to Brendan McKeague for facilitating the open space process.

Outcomes from the conversations will be synthesised tomorrow morning. 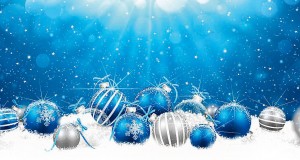 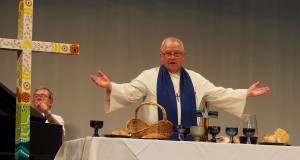 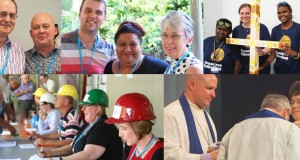 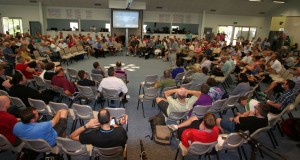