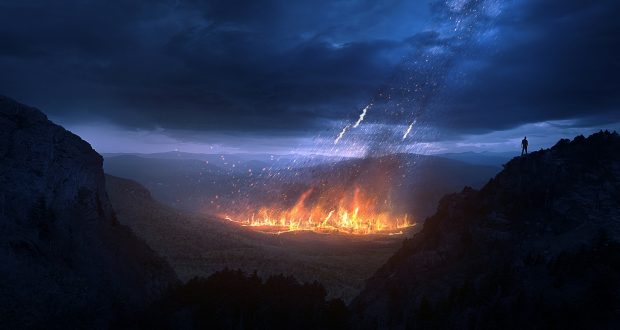 The Bible presents some uncomfortable depictions of women, particularly in the Book of Revelation. Ashley Thompson speaks with North American Biblical scholar, Dr Tina Pippin about what to do with the duality of the “women of the apocalypse”.

In June, Grace College hosted Dr Tina Pippin as keynote speaker for their second annual Women’s Theology Conference—a gathering of over 40 female scholars from all over Australia and across almost every denomination.

In her keynote address, Tina proposed a resistance to accepting Revelation’s “violence against women”, a hypothesis she immediately acknowledged was “problematic in terms of textual authority and inspiration.”

“At the time I researched it, no one was really looking at gender or if they were looking at it—they were glossing over it,” says Tina. “It doesn’t matter that Rome/Babylon is a woman, it’s the empire and we just ignore that.”

“It wasn’t until I stopped and looked into the face of Rome/Babylon—and I saw the face of a woman—that I thought, this goes a bit deeper.”

Tina found in the text two archetypical and opposing women present: “the virginal pure bride of Christ”, “the woman clothed with the sun who gives birth to the Messiah” and on the other side, “the Jezebel” and “the Whore of Babylon”.

Her interpretation of the text through the lens of gender has led her to see the apocalypse “in waves of violence against women, bodily and mentally.”

Describing it as a “misogynistic male fantasy of the end times”, Tina believes women are not loved in Revelation and that it is okay to reject this portion of the text for our time and context. She also says we do we have to try “reconstruct [the reading] to make it okay”.

Teachings on the Book of Revelation are often avoided in favour of the gospels because “it is a messy text which doesn’t make a whole lot of sense.”

“Also there’s not much Jesus in there, it’s not Paul—it’s not orthodox. It’s uncomfortable and it’s gory. It’s like the bad relative who just got out of prison—it’s not seen as what one talks about in good company,” says Tina.

Women’s Theology Conference attendee and Indooroopilly Uniting Church minister Rev Dr Elizabeth Nolan disagrees with Tina’s perspective but is reminded that each of us come to scripture with our own life experiences.

She sees the broader value of feminist theology, in the context of congregational ministry, as an opportunity to affirm women’s ministry and deepen understanding of God’s love.

“I believe feminism enlarges the vision of God,” says Elizabeth.

“Feminist and women’s theology is another way of helping the church look again, see another angle and begin to understand how broad and how high and how deep is God’s love for the world.

“It’s not a battle of the sexes, the question is how is God best glorified.”