Home > Culture > When the pope calls state to account 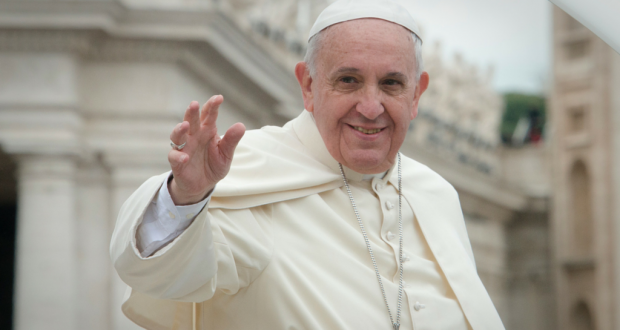 The latest encyclical to come from the Vatican has sparked a lot of commentary in both religious and mainstream press. Dr John Harrison examines what Laudato si means for Australian Protestants.

Christians outside the Roman Catholic tradition are watching with interest the debate among Catholics about the most recent papal encyclical. The issue under debate is not climate change, but the authority of the Catholic Church, and the obligation of its members to adopt and act on the social teaching of the church.

The Australian has already pronounced the encyclical a prescription for a “flawed economic order” and that “in advocating radical change in economic structures and world governance, [Pope] Francis has stepped over important demarcations between church and state, blurring the lines between God and Caesar” (27 June 2015).

In modern times there are only a handful of encyclicals that have made the front page. Of the 233 encyclicals published since the accession of Leo XIII in 1878, four stand out. First, Rerum Novarum (On Capital and Labor) in 1891, and Quadragesimo Anno in 1931, commemorating the 40th anniversary of Rerum Novarum.

The strong thread that runs through Catholic social teaching from Rerum Novarum to the present day is papal condemnation of both capitalism and socialism, and their excesses:

“… the hiring of labor and the conduct of trade are concentrated in the hands of comparatively few … very rich men … able to lay upon … the laboring poor a yoke little better than that of slavery itself.” (Rerum Novarum, paragraph 3)

“Socialists, therefore, by endeavoring to transfer the possessions of individuals to the community at large, strike at the interests of every wage-earner …” (Rerum Novarum, paragraph 5)

Of the other two encyclicals, Mit brennender sorge (On the Church and the German Reich) was issued on Palm Sunday 1937 by Pius XI who tore down the claims and practices of the German state, whose leadership he described as “enemies of God”. Finally, there is Humanae Vitae (On the regulation of birth) published in 1968, prohibiting the faithful from the use of artificial birth control.

This current encyclical, Laudato si (On care for our common home) gives attention to the state as an actor in resolving the global environmental crisis:

“A politics concerned with immediate results, supported by consumerist sectors of the population, is driven to produce short-term growth … (and) governments are reluctant to upset the public with measures which could affect the level of consumption or create risks for foreign investment.” (Laudato si, paragraph 178)

Finally for Australian readers, this gem stands out among the 40 000 words of exegesis, excoriation and exhortation:

“Obstructionist attitudes, even on the part of believers, can range from denial of the problem to indifference, nonchalant resignation or blind confidence in technical solutions.” (Laudato si, paragraph 14)

Read the pope’s encyclical at tinyurl.com/popefrancislaudatosi