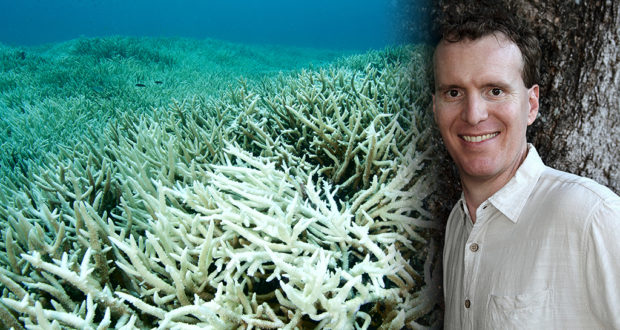 Most Aussie hearts beat with quiet pride at the thought of the Great Barrier Reef. It’s one of the seven wonders of the natural world and right here on our doorstep, a 2300 km ecosystem of multi-hued coral reefs and islands that stretches along the Queensland coast.

Uniting Church member Dr Scott Heron, a physical oceanographer working with the US National Oceanic and Atmospheric Administration (NOAA) Coral Reef Watch program and Adjunct Principal Research Fellow in Physics at James Cook University, sees this living mosaic of marine life through a lens quite different to the casual tourist or boatie.

“When it’s healthy the reef is a wonderful underwater garden where you see many different shapes of corals, along with myriad other animals and plants. Fish swim around and inside the branch-like corals that are supported by the reef’s big sturdy foundational builders,” says Scott.

“Although we think a lot about all the bright vibrant colours, the healthy colour of most corals is a greeny-brown but you do see these wonderful colourations that come out in some of the different species. The other thing is that we generally live in a two-dimensional world, staying on a surface. The ocean is a three-dimensional environment. You don’t just go straight ahead, left or right—you can also go down, and we get a different experience on the ‘down’.”

The clock is ticking

Scott is one of a group of people who use physical ocean information from satellite data and models to map past, present and projected future conditions of marine ecosystems. The information allows scientists to assess the impacts of the changing climate.

He was the lead author of a study recently published in the Nature’s Scientific Reports which confirms that the third global coral bleaching event (which extended from June 2014 to May 2017) is just the latest in a pattern of warmer ocean temperatures that are stressing coral reefs.

“Earlier this year I went out to the reef to see some of those impacts during the second consecutive year of severe bleaching on the Great Barrier Reef, and you can see corals that aren’t looking the way they are supposed to look,” says Scott. “A bleached coral is still a live coral; it’s kind of like when we get sick, we’re still alive but we’re not able to function to the full extent of how we would normally function as a healthy person.”

The research points out that although low-level coral paling occurs naturally as part of the annual cycle within the ecosystem, it’s the patterns and timing of high stress events that are cause for alarm.

“Scientists have drilled into the core of skeletons of slow-growing coral colonies over decades, even hundreds of years. And when you look back, there are not the scars that we see in the past thirty or forty years,” says Scott.

“If the corals don’t have the opportunity to recover between these disturbance events then it gets to the point where enough is enough and they won’t be able to recover, and that is what the future projections are indicating.”

The concept of “believing” in climate change simply doesn’t make sense to Scott.

“It’s not a question of belief. I’m a scientist, I look at the data and the data tells me that things have changed. Science examines what are the reasons for those changes, which are then applied in models to predict and project what’s going to happen going into the future.

“The data show that since the beginning of the Industrial Revolution the temperature of the Earth has increased by an entire degree Celsius and we’ve already seen dramatic changes in the environment because of the heating to date.”

Scott is Townville-born and bred, growing up with a scientist father with whom he has worked on a number of projects. He spent several years in North America, joining the National Oceanic and Atmospheric Administration in Washington DC before returning to Townsville in 2005.

Scott, his wife Kristin and their three girls are members of the Aitkenvale Uniting Church where Scott is involved in music and worship leadership. They have convened the Deck Dwellers, the justice/advocacy/missions group of their church that includes a congregational partnership with the Bairiki congregation of the Kiribati Uniting Church. This small Pacific nation is already suffering the effects of rising sea water as a result of climate change.

“I grew up knowing about church, was baptised as an infant, but it was going to a September camp in Grade Nine where I first had my faith ignited,” recalls Scott. “A lot of the fostering and development of my generation was through youth groups and a great bunch of people who had fun and cared for one another.”

Scott and Kristin are committed to making lifestyle choices which minimise their impact on the environment, and Scott is an authoritative contributor to the public debate around climate change.

“We’ve learned from the science and all of the observations we’ve made that the choices we are making are going to cause damage—and we are already seeing those impacts … It’s time for us to move away from fossil fuel dependency, to embrace a future energy way and we need to do that quickly,” he says.

When asked if he is hopeful about the future of the Great Barrier Reef, Scott falls silent.

“It’s the fact that a quarter of marine fish species have a part of their life cycle on a coral reef. It’s the fact that coral reefs provide coastal protection not just in Australia but in places all around the world—it’s about real people’s lives and livelihoods and that’s why I have to have confidence, I must have hope.”

If there was one thing we could do to make a difference, what would it be?

“Fall in love with Jesus more and I need to do that too. That’s the first thing. The first commandment, love the Lord, and the second is like it, love your neighbour like yourself,” replies Scott promptly. “I’m absolutely certain that if we individually and collectively as people of faith would deepen our love for God, then that would open up all of our perspectives and attitudes with respect to how we live and the choices that we make.

“The second thing is like the first: how do we love and who are our neighbours? When we put on that attitude of love then we get to find out who our neighbour is and how to care for them. We learn that recycling an aluminium can is actually an act of love for God, and for my neighbour whom I’ve never met.

“That brings a whole new perspective into stewarding well the creation that we’ve been given. With a mindset of love, invite those choices. Don’t just look and say, this is the way that I always do it, but there’s an opportunity to say, can I choose better as an act love?”

Dr Scott Heron has contributed to the award-winning documentary Chasing Coral which is available on
Netflix and for public viewing. Visit researchgate.net/profile/Scott_Heron to read more about Scott’s work or nature.com/srep for the article referred to above 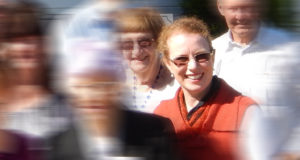 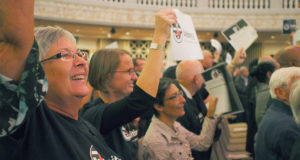